The crises in the Democrat-controlled government range from a botched Afghanistan pullout to an overrun southern border are now sharply reducing Democratic chances of holding on to their Congress majorities. A new NBC News survey from Hart Research Associates and Public Opinion Strategies showed that 46% of Americans prefer 2022 to result in a Republican majority, compared to 47% hoping to see Democrats keeping their hold on Congress. That compares to April when 42% of Americans favored Republican leadership, compared to 47% preferring Democrats. The smaller Democratic advantage resulted from a 4%  swing of undecideds toward Republicans. 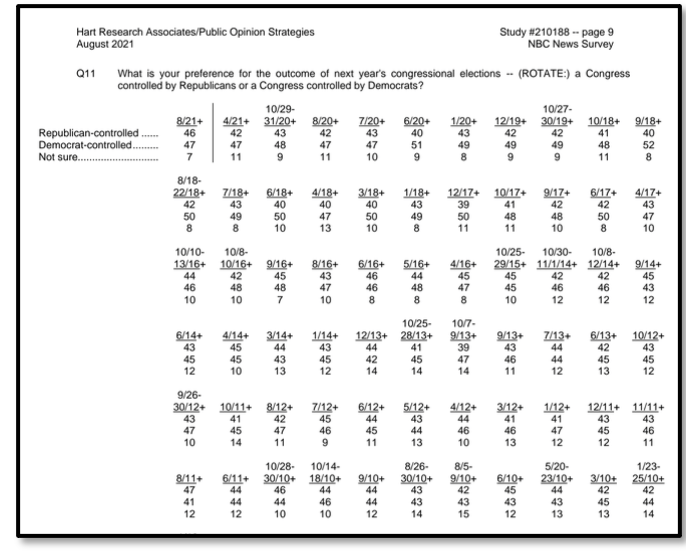 The NBC News numbers make Republican prospects in the 2022 midterms look brighter, meanwhile, the stream of crises assaulting the Biden White House doesn’t appear to be slowing.  Republicans must focus on identifying strong candidates who will inspire enthusiasm up and down the ballot.  The more attractive the full ticket is, the better GOP prospects will be in the 435 races for the House, the 34 Senate contests, and the 36 gubernatorial matchups in 2022.