Following a summer of low approval ratings, President Joe Biden’s approval numbers have slightly improved. However, recent polling from Quinnipiac University shows while he has regained some ground, Americans still largely disapprove of his handling of the issues most important to them. 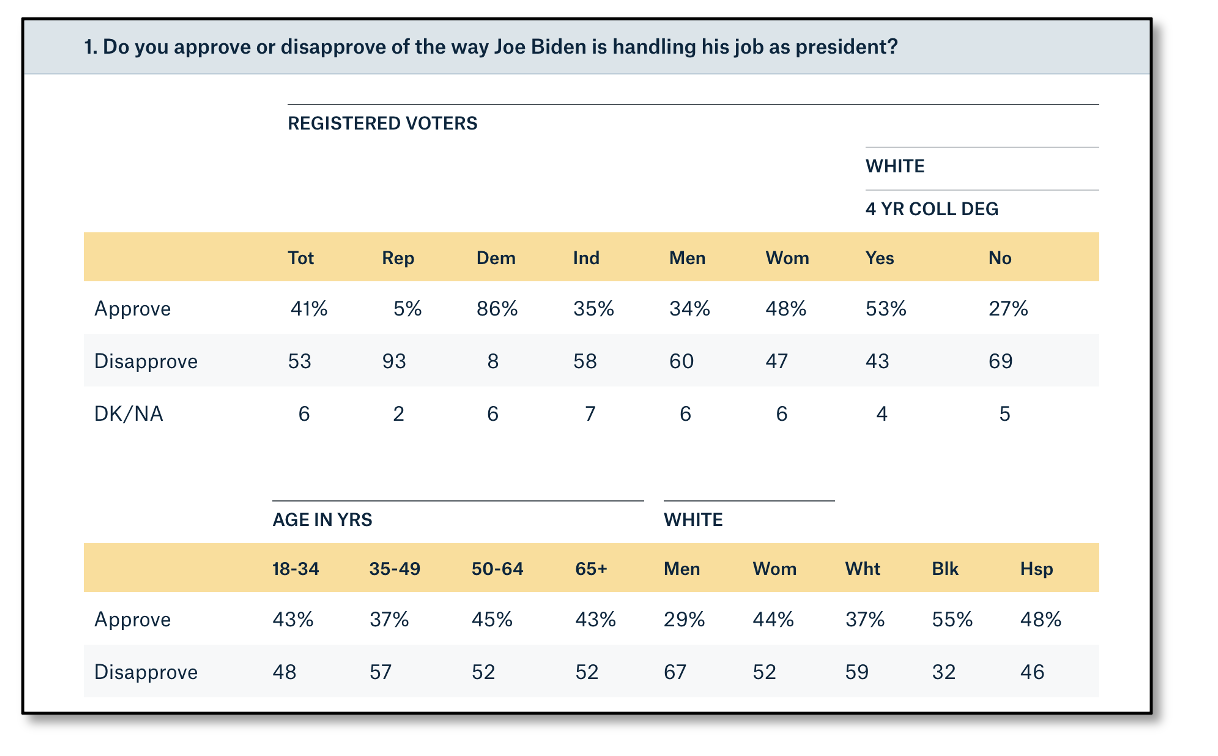 Among all adults in the late-August poll, President Biden’s job approval has risen to 40%, while 48% disapprove. The gap widens with registered voters, 41% of whom approve and 53% disapprove. Among independent voters, only 35% approve and 58% disapprove of his job performance. Biden is still above water with women voters at 48%-47%, but underwater with men with 34%-60% approval-disapproval, respectively. Among white voters, Biden sits at 37%-59%. Black voters approve of him 55% to 32%, but it is closer among Hispanic voters, 48% of whom approve and 46% disapprove.

When asked to name the most urgent issue facing the country today, more than one in four registered voters – 27% – said inflation. This was ranked the most urgent of all issues across all demographics, with the exception of Democrats, among whom the most urgent issue is abortion, and black voters, with whom racial inequality was the most urgent issue. When it came to Biden’s handling of the economy, only 37% approve, while 58% disapprove. Immigration was among the top three issues and voters rated Biden’s performance there at 27%-60%. The improvement in Biden’s overall job performance may be temporary, especially if the president keeps disappointing voters on the most important issues.

The poll also measured voter enthusiasm. About half (49%) of registered voters say they are more motivated to cast their ballot than in previous midterm elections. That number is 58% among Republicans, 53% of Democrats, and 42% among independents. This suggests a motivated electorate with Independents and Republicans ready to see change because of the issues they face every day. GOP candidates should pay attention to this underlying desire for action and put it at the front of their campaign conversations.