A new Pew Research Center survey found a record number of voters engaged in the presidential election.  According to Pew, 83% of registered voters say it “really matters” who wins in November.  That is up nine points from this point in 2016 and the highest number Pew has tracked in twenty years.  Only 16% of voters say “things will pretty much be the same regardless of who is elected,” down from 22% in 2016.  But contrast, in 2000, voters were split, with 50% saying it “really matters” who wins versus 44% who said they thought “things would be the same no matter who won the presidency.” 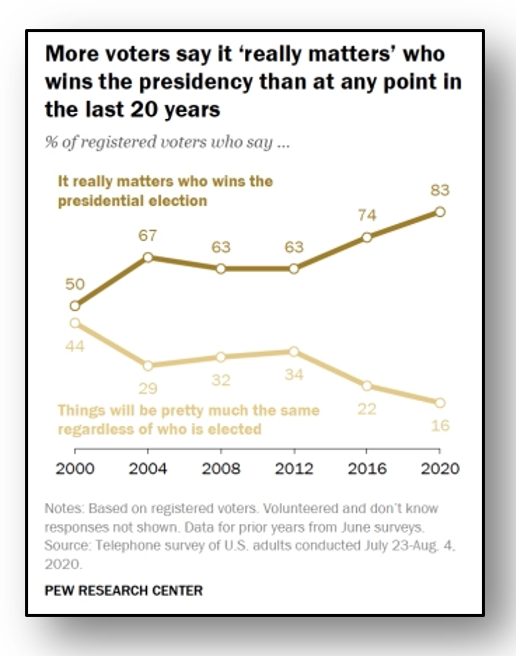 Despite concerns over COVID-19, voter enthusiasm is exceeding previous cycles.  While voting methods will change due to the pandemic, early vote, and mail-in ballots, if these numbers translate into votes, 2020 turnout is on track to break previous cycles’ records.