Polling data aggregated by FiveThirtyEight.com shows neither President Donald Trump nor Joe Biden received a significant bump in favorability after their conventions.  As FiveThirtyEight.com noted in 2016, this is not in line with historic trends.  Candidates from Carter in 1980 to Clinton in 1992 to Gore in 2000 to Bush in 2004 saw double-digit increases in their net favorability rating after the conventions. 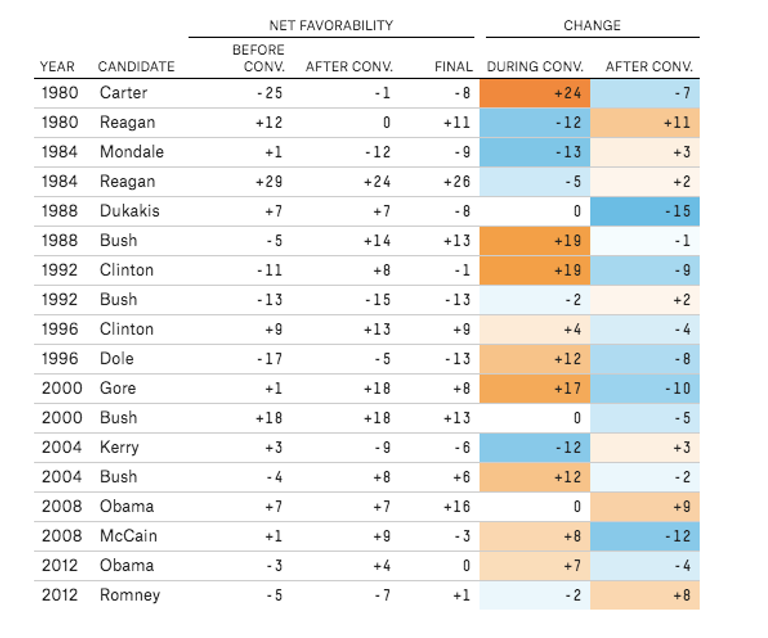 President Trump received a small boost in the head-to-head match-up with Mr. Biden after the convention, but did not see an improvement with his favorability and instead dropped an average of one point in his favorability.  By contrast, Mr. Biden saw slight improvement in his favorability (+4) after the DNC.  Neither candidate saw a major boost in their image or ballot, possible signs that both men have an enthusiasm problem or that enthusiasm for them is at its natural limit.  COVID-19 could be the cause of some of this, but regardless, as early vote begins, both campaigns need to focus on getting their voters excited to turn out.