Fivethirtyeight.com ran numbers on how much media time each Democratic presidential candidate has received and found that Joe Biden continues to lead the pack, despite missteps in debates and on the trail. The week before the third debate, Mr. Biden comprised 41.6% of 15-second cable news clips mentioning each candidate and 43.3% of online stories. The week of the third debate, his shares were 43.3% and 50.9%, respectively.  While his share of cable news mentions dropped slightly, his online mentions increased significantly.

The only other candidates to see major increases were Julián Castro, who popped attacking against Joe Biden, and Robert Francis O’Rourke, who leaned in to his “take-back AR-15s” remark.  The gains and steady pace of Sens. Warren and Sanders, however, have not been enough to threaten Mr. Biden’s dominance of cable news or drastically shake his position in online coverage thus far. 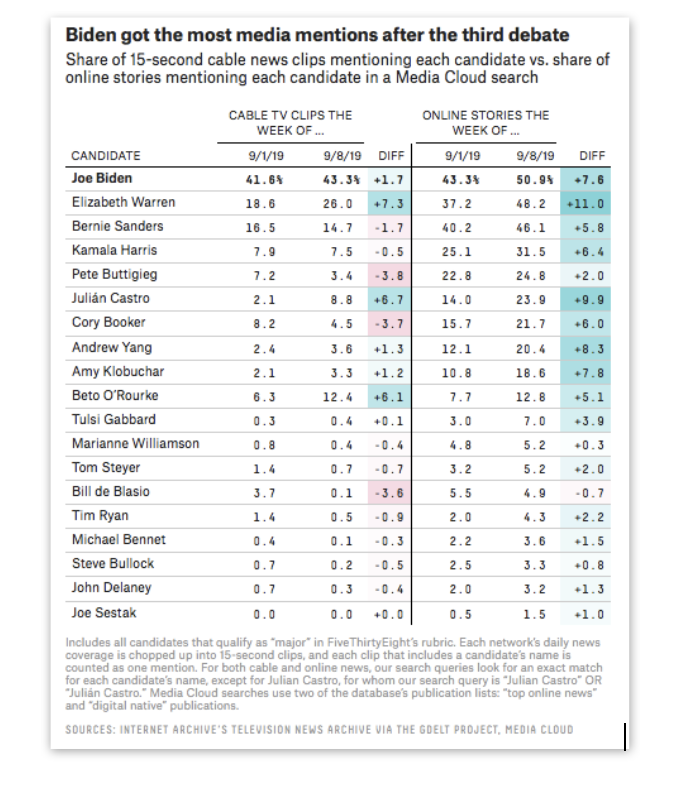