According to a recent Gallup poll, Americans’ confidence in the federal government to handle domestic and international problems remains low.  Only 39% of Americans are confident Washington can handle domestic problems and 50% are confident it can handle international ones.  Confidence in handling domestic problems dropped below 50% during President Barack Obama’s second term and never recovered.  It dropped to record lows (35%) in January 2019, during the longest government shutdown in U.S. history.

Looking at the partisan breakdown on domestic issues, only 58% of Republicans, 36% of Independents, and 25% of Democrats are confident in the federal government’s ability to handle them.  This is down from 71%, 37%, and 31%, respectively, in September 2018.

Some may be quick to assume that these numbers spell trouble for President Donald Trump and Republicans heading into the 2020 election year.  However, Democrats’ steps toward impeachment this week may increase uncertainty and lead voters to blame the Democratic Party as causing chaos and making the whole political system more dysfunctional.  It happened to Republicans in the Clinton impeachment.  In an era of sour feelings and low confidence in Washington, it could happen to Democrats as they pursue the removal of President Trump. 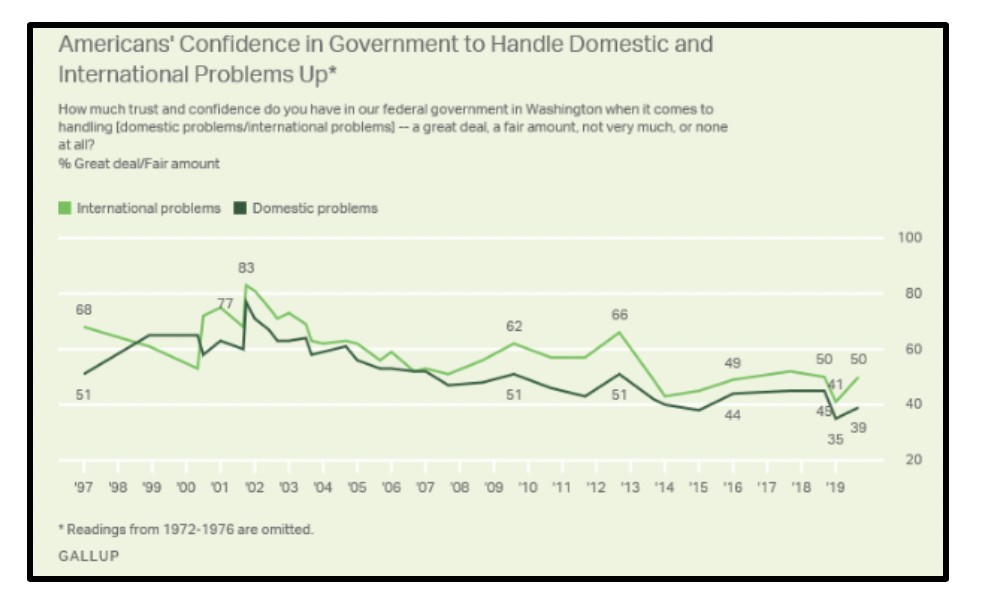