The withdrawal from Afghanistan marks the end of the American military presence in that country for the first time since U.S. Special Forces launched our first counterstrike in late September 2001. Recent polling by Suffolk University and USA Today remind us just how these events changed the way Americans live today.

An overwhelmingly 60% of Americans say the September 11th terrorist attacks permanently changed the way Americans live. Split across age groups, the numbers shift slightly. Among those aged 18-34, 72% believe that Americans permanently changed the way they live because of the 9-11 terrorist attack while 52% of those who are 65+ and 57% of those who are 35-49 agree. The partisan split found 67% of Democrats and 55% of Republicans agree that a permanent change occurred. 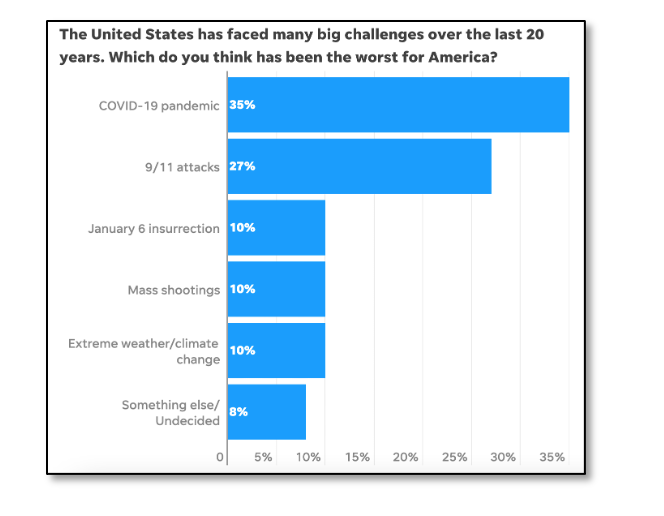 This change in national perspective is likely indicative of the most present issue on the national stage, but the persevering memory of September 11th is not insignificant. The fact that the day still invokes memory and emotion is likely a driving factor in the continuing fall in the Biden Administration’s polling numbers resounding from the Afghanistan drawdown. As we approach the 20th anniversary of these deadly terrorist attacks, one thing is abundantly clear: September 11th will remain woven in the national memory as a day we will never forget for years to come.