President Donald Trump declared a national emergency last week after Congress failed to fully fund his $5.7 million funding request for border wall construction.  According to a Morning Consult/POLITICO poll, however, voters are skeptical of Mr. Trump’s maneuver.  Only 39% of registered voters support his declaration (26% strongly; 13% somewhat), while 51% (41% strongly; 10% somewhat) oppose it.

While it is unclear whether the Administration will win the legal arguments surrounding the declaration, these early numbers show there is work to do to win in the court of public opinion. 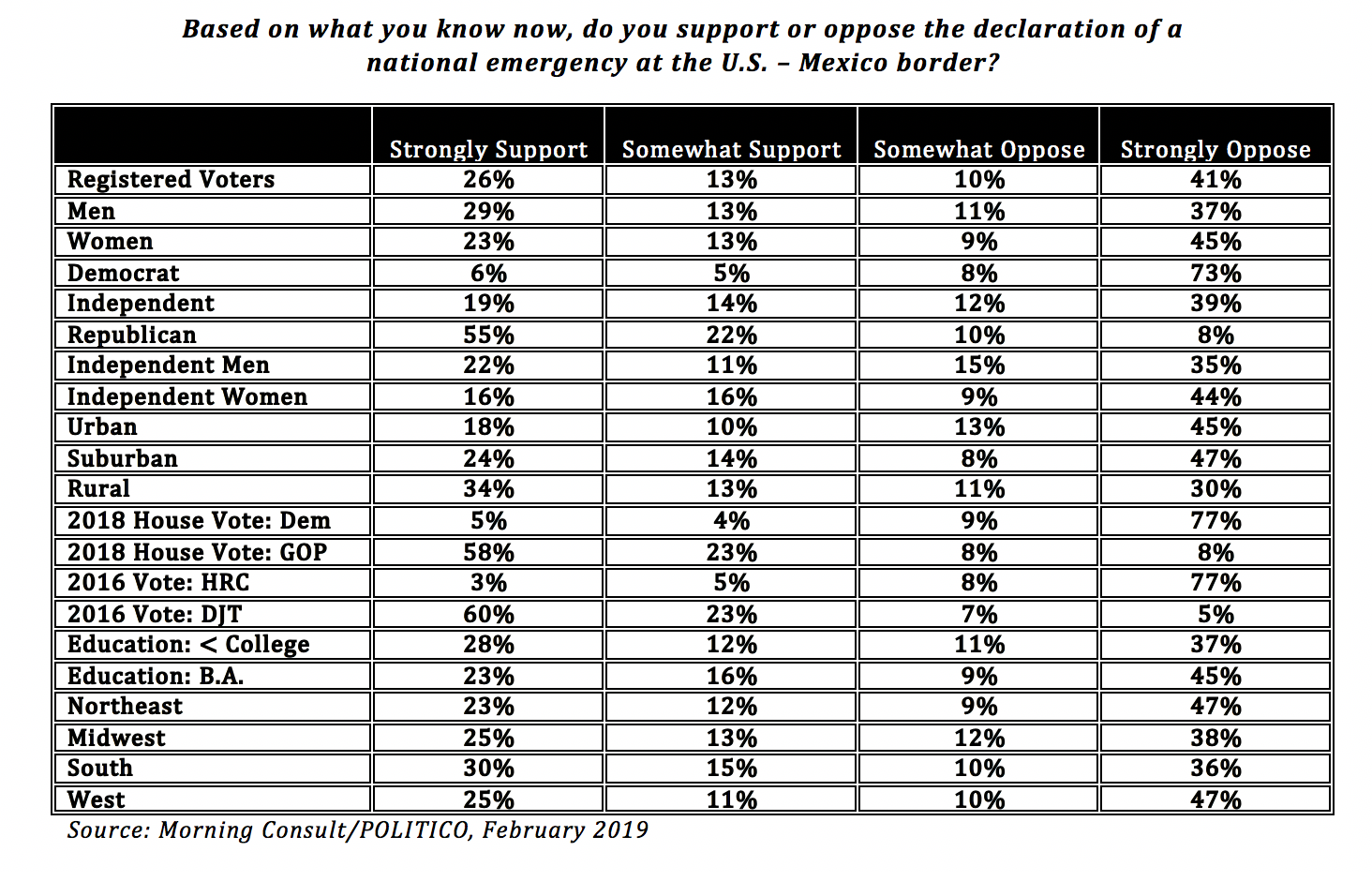