U.S. Role In The World 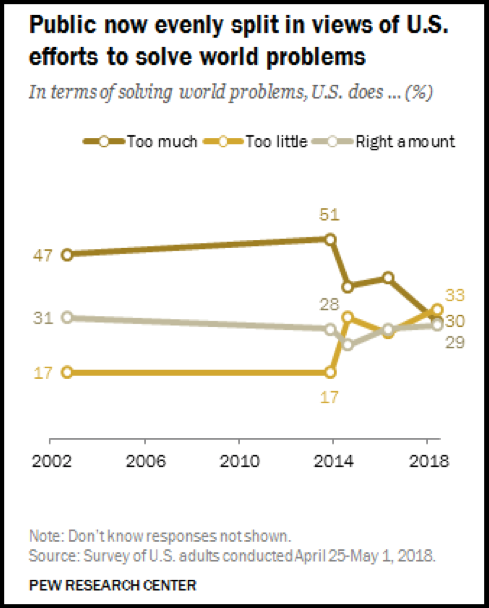 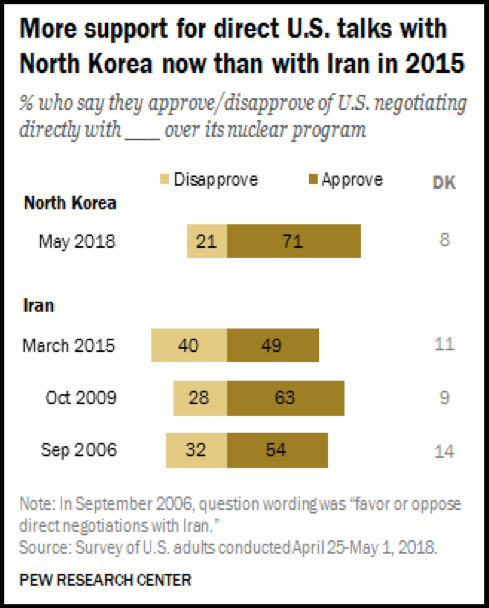 Given these numbers, it is likely Americans support President Donald J. Trump’s actions on North Korea.  That includes his decision to pull out of the North Korea summit last week, considering they are skeptical as well.  Forty-nine percent do not believe North Korea’s leadership is serious about addressing concerns with their nuclear program, including 50% of Republicans and 49% of Democrats.  A cautious approach to these talks will not only be smart from a foreign policy standpoint, but a political one as well.