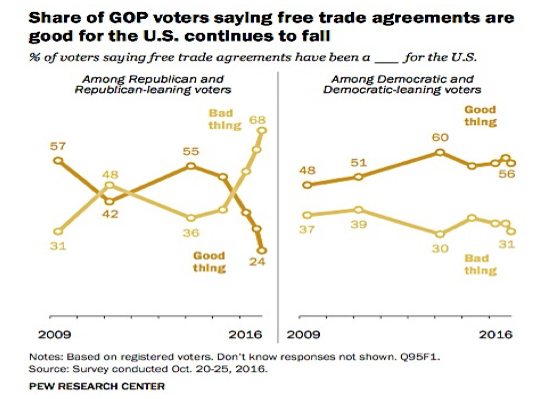 These numbers do not necessarily mean that free trade is a non-starter.  Republicans and Democrats strongly favored trade agreements in the past.  To support trade agreements, voters will need to see steps are taken to ensure future trade agreements protect the American worker and benefit the U.S. economy.  It will be up to the White House and Congress to make the case.