Will The Republican 2023 Agenda Arrive In Time For The 2022 Elections? 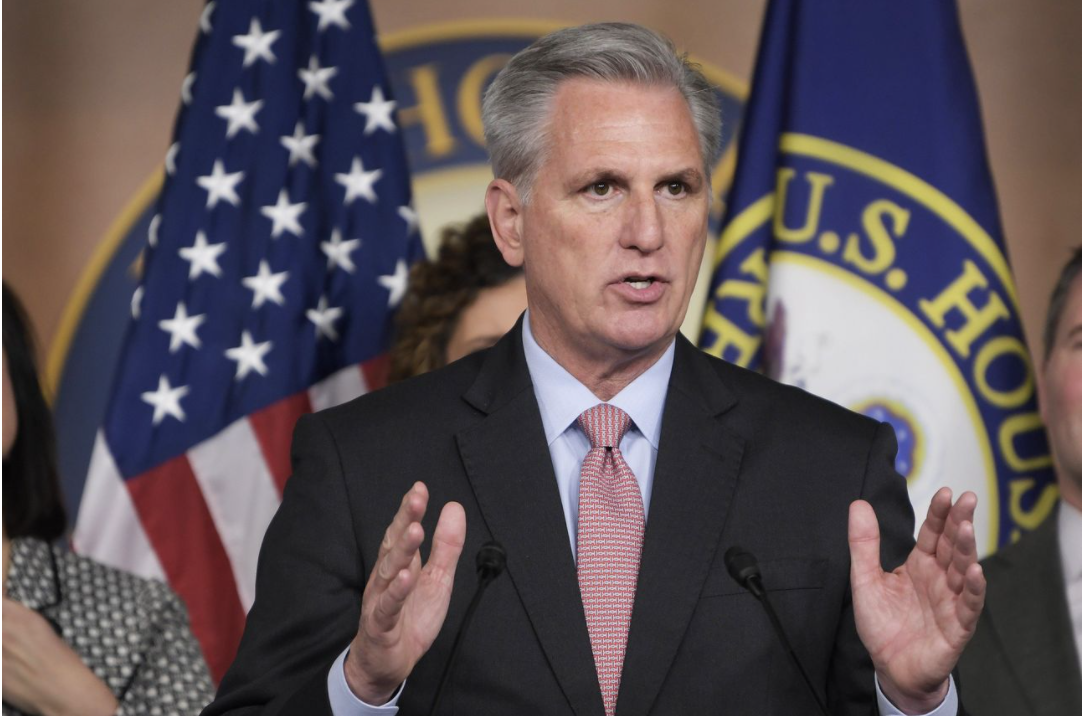 Talk about telegraphing your punches! President Biden previewed the main Democratic midterm attack when he asked six times at his Jan. 19 press conference, “What are Republicans for?”

Good question. How many House and Senate seats Republicans pick up depends on how well the GOP answers it. Bashing Mr. Biden’s policies and failures and promising to check and balance him will likely produce a Republican midterm victory, but pairing that with a common-sense conservative agenda will yield a bigger triumph.

Each task force has members drawn from all the committees with jurisdiction over parts of each issue. This is producing healthy discussions about the approaches the GOP might adopt and who will lead on each topic if Republicans take control of Congress.

As part of Commitment to America, Mr. McCarthy sees legislation coming from the bottom up with congressional committees crafting bills, rather than from the top down as Speaker Nancy Pelosi did with Build Back Better. Mrs. Pelosi and a few key lieutenants wrote the massive blob of a bill, then dumped it on the House floor—rather than moving discrete pieces of legislation written and discussed publicly by relevant committees before the whole thing hit center stage.

By contrast, Republicans anticipate returning to regular order with hearings, work sessions and negotiations. This would be healthy for Congress and the country, suggests Rep. Patrick McHenry (R., N.C.), chairman of the jobs and economy task force, and likely would result in incremental reforms from different committees, rather than a single gigantic bill.

The process might also increase bipartisanship. Rep. Michael McCaul (R., Texas), chairman of the China task force, points to the success of the terrorism task force organized by the GOP when it last held the House. It produced a raft of proposals, then passed most of them with bipartisan support. He feels the same could happen with the China task force’s recommendations.

It also appears the Commitment to America effort is rekindling traditional Republican concerns about spending restraint, sound money, conservative fiscal policies and the need to restrain the national debt.

The effort faces important challenges. First, the task forces must actually produce good ideas in a timely fashion. They’ve been working for seven months; the midterms are just over eight months away. Once it’s written, the agenda must be packaged, tested in polling to find the best arguments for it, and disseminated to candidates. It can be done piecemeal—one task force’s recommendations at a time—but it should start soon.

Moreover, the agenda must motivate the GOP base while attracting swing voters. This means Republicans must be careful not to overplay their hands. For example, the GOP should hold plenty of oversight hearings to find out what federal programs are working and which aren’t, but swing voters won’t go for them if the purpose becomes political retaliation and needless partisanship.

Swing voters also may not be attracted to some concerns of the GOP core. Take Big Tech. The base is concerned about Donald Trump’s being deplatformed from Twitter. Swing voters are far more concerned about how social media and videogames may undermine the mental development of children, desensitize them to violence, delay their socialization, and put their personal data at risk of exploitation.

The task forces should also avoid requiring complete unanimity. This is less about getting every Republican to agree on every proposal than about describing generally acceptable conservative approaches. Let individual candidates pick what answers to emphasize in their districts.

Mr. McCarthy was right to include issues Republicans generally don’t raise—for example healthcare, climate and conservation—and has led his conference to grab hold of new issues as they emerge, such as offering a parental bill of rights in response to resistance by teachers unions and school districts to return to prepandemic normalcy.

The Commitment to America process looks good on paper, but the test is whether candidates adopt the final product, advocate for it in campaigns, and attract support from swing voters. If they do, a good midterm will turn into a great one for the GOP.