Next Month The People Vote On Kavanaugh 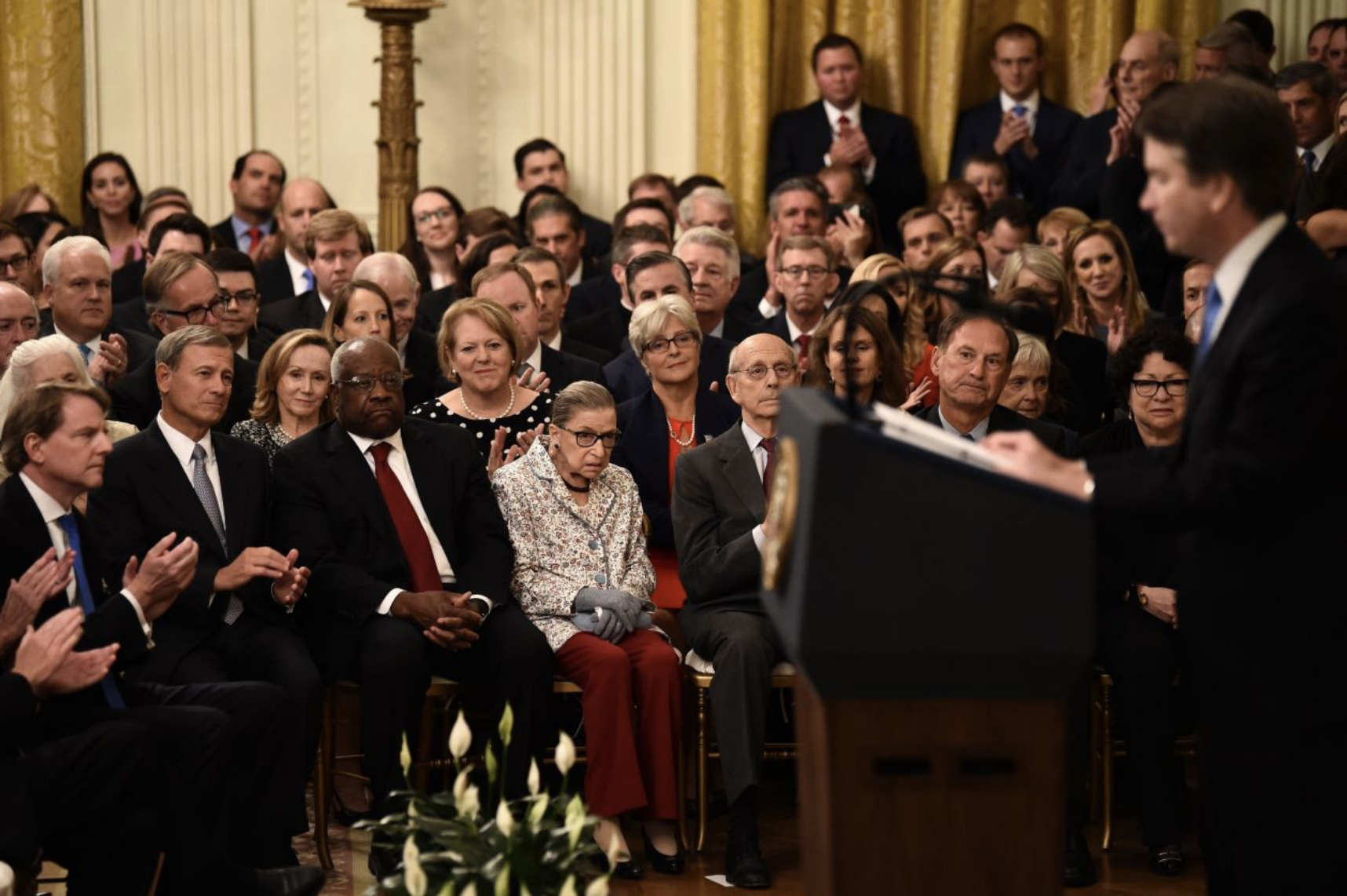 Many Republicans celebrated Justice Brett Kavanaugh’s swearing-in Monday as the end of a bitter confirmation battle. But the game isn’t over. GOP candidates’ success in the midterm elections may depend on the narrative that emerges from the Kavanaugh showdown.

Consider two recent surveys released before the Senate voted Saturday to confirm Justice Kavanaugh. After the riveting Judiciary Committee hearing on Sept. 27, an NPR/PBS NewsHour/Marist poll asked: “If there is still a doubt about whether the charges are true, do you think Brett Kavanaugh should be confirmed?” Respondents said no by 52% to 40%.

A Harvard-Harris poll released Oct. 1 asked: “If the FBI review of these allegations finds no corroboration of the accusation of sexual assault, should Brett Kavanaugh be confirmed?” Sixty percent said yes and 40% no, with 86% of Republicans, 58% of independents and even 40% of Democrats supporting confirmation.

The 20-point swing between these two survey questions shows public opinion is malleable. One-fifth of Americans are up in the air. Where they land Election Day could depend on whether they feel doubts remain about the Kavanaugh allegations or are convinced there’s no corroboration for them.

That’s why Democrats are attacking the Federal Bureau of Investigation’s report as “a complete coverup” (Sen. Jeff Merkley), “not a search for the truth” (Sen. Kamala Harris) and “a whitewash” (Sen. Richard Blumenthal). Expect this to continue.

Still, Republican candidates can win the argument. This confirmation was ugly, raw, divisive and hurtful for America. Sen. Dianne Feinstein is responsible for the mess. By holding Ms. Ford’s letter for six weeks rather than immediately turning it over to the FBI to investigate privately, the senator destroyed Ms. Ford’s anonymity, damaged Judge Kavanaugh’s reputation, and created a national circus. Democrats deliberately blew up the process to try to stop a conservative from joining the court.

Second, the FBI’s background check—the seventh of Justice Kavanaugh’s career—was legitimate and thorough. Agents interviewed the three people Ms. Ford said were present at the high-school party where she purportedly was assaulted, along with two other friends of Mr. Kavanaugh at the time who might have knowledge of the incident. It could not find corroboration for Ms. Ford’s accusation. It also interviewed two Yale classmates Deborah Ramirez alleged were eyewitnesses to lewd conduct by Mr. Kavanaugh. It again found no corroboration.

Democrats say the FBI should have interviewed Ms. Ford and Judge Kavanaugh, but both had already testified for hours under oath before the Senate Judiciary Committee. Ms. Ford said at the time she had nothing to add to her testimony. Lawyers for both Ms. Ford and Ms. Ramirez—backed by Senate Democrats—also demanded the FBI interview scores of other individuals. But this was transparently a delaying tactic: No one on their lists could possibly corroborate any of the claims, and none have stepped forward to do so.

GOP candidates can rightly say this mess shows Congress is broken and pledge to change Washington by working across party lines to tackle America’s real issues. They can then pivot to their stump speeches, pointing to the strong economy, the rebuilding of the military and the halt in needless federal regulation.

They can also join President Trump in pounding the Democrats’ left wing. With cries of “Medicare for All,” many Democrats want to end private health insurance in favor of a $32 trillion government program, paid for by doubling income taxes, that would lead to long waiting lists and rationing. Many Democrats also support abolishing Immigration and Customs Enforcement, thereby allowing violent illegal aliens to remain in American communities. Others back Sen. Bernie Sanders’s “free college” and “job guarantee” proposals. Every Democrat should have to account for these wacky positions of their party’s left flank. GOP candidates can force them to choose sides and either alienate independents or disappoint their bases.

Republicans can also ask swing voters if they really want the endless investigation of Justice Kavanaugh promised by Rep. Jerry Nadler—chairman of the Judiciary Committee if Democrats take the House—or the impeachment resolutions Mr. Nadler’s loudmouth colleagues are already offering.

The president can help rally the GOP base by stumping in red states. But only Republican Senate and House candidates in swing districts can give independents and soft Republicans the reassurance they need about the Kavanaugh confirmation. To win, these candidates must be ready to litigate the issue whenever it comes up, right through Election Day.