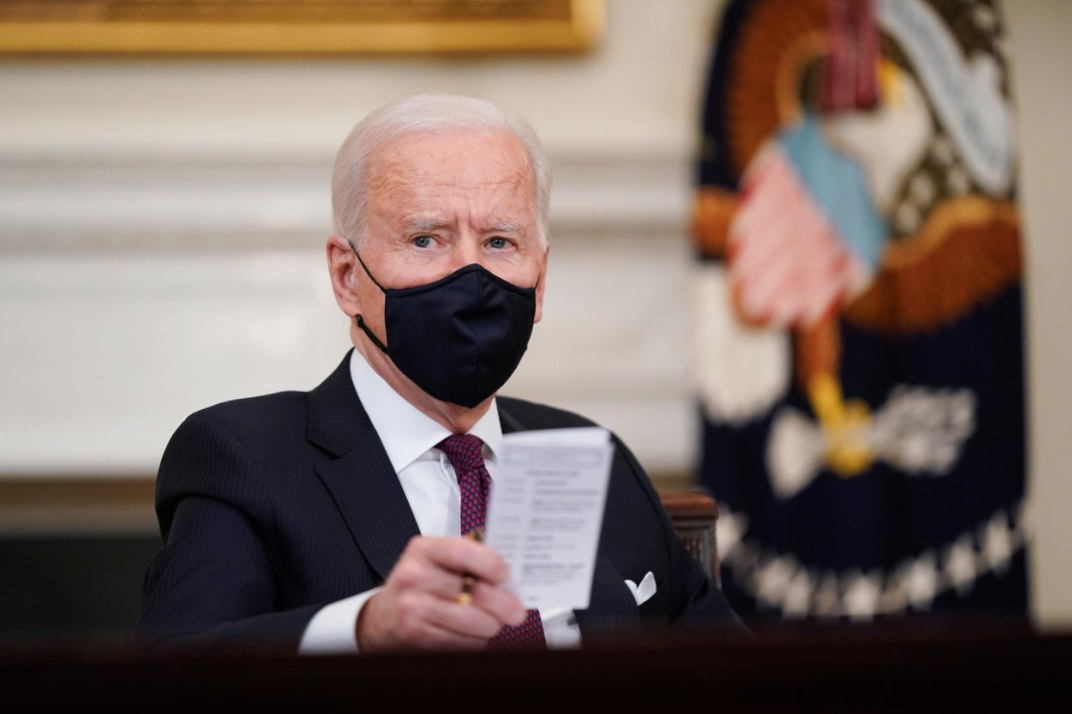 Buoyed by polls showing the popularity of its $1.9 trillion Covid spending bill, Team Biden is planning a big signing ceremony and extended victory lap now for passing one of the federal government’s biggest expansion in decades.

Perhaps we’ll even hear from President Biden himself. But will he take reporters’ questions? He’s the first president since Calvin Coolidge not to have a press conference in his opening nine weeks in office. The country awaits breathlessly.

The legislation is labeled Covid relief, and there’s some of that. But it’s sprinkled into a gigantic trough of taxpayer dollars on which Democratic constituencies will gorge. The Committee for a Responsible Federal Budget says about 1% of the bill goes for vaccines, 5% for pandemic public-health needs, and more than 15% for things completely unrelated to Covid. Nearly half is dedicated to “poorly targeted rebate checks and state and local government aid,” the committee says, including to jurisdictions “that have experienced little or no financial loss.”

Democrats are betting this round of bread and circuses will win them the 2022 midterms. They think America has entered an era when voters can be bribed into supporting the party that showers them with cash—even though it’s adding to a debt their kids and grandkids must pay back with interest.

Republicans took advantage of Senate rules Saturday to offer prudent amendments that—despite being defeated by Democrats—show voters how bad this bill is. Every Democratic candidate should be held to account for the party’s unanimous opposition to even modest improvements in the legislation.

Republicans first tried reducing the package to something that only addressed Covid-related woes. They cut its cost by $1.2 trillion by limiting stimulus checks to the truly needy—rather than paying roughly 75% of Americans, as the Democrats’ bill does—and providing supplemental unemployment payments through July rather than September, as job numbers are already improving. Despite limiting the bill’s total cost, the GOP bill covered the actual costs of reopening schools and getting people vaccinated. Democrats still gave it the thumbs down.

Trying to save future generations some debt payments, Republicans moved to reject stimulus checks for felons in prison; delete an $86 billion bailout for multiemployer union pension funds, an issue that’s bedeviled Congress for years and has nothing to do with Covid; and limit a generous tax credit that subsidizes ObamaCare insurance purchases available for households earning up to $500,000 a year to those making $132,000 or less. The GOP also tried removing what amounts to America’s first federal race-based reparations law: a provision allowing nonwhite farmers and ranchers to write off government loans because they’re “socially disadvantaged.” Republicans additionally tried to deny block grants to sanctuary states and cities. Democrats rejected all five amendments and even said no to requiring states to provide accurate monthly reports from states on nursing-home deaths.

The GOP also focused on education. They suggested that the more days a school district is open, the more money it should get to manage Covid risks. Republicans also argued that if a school isn’t open five days a week, as much as $10,000 in Covid funding should follow students if parents send them to another school that’s open all week. Democrats shot both ideas down.

GOP senators tried undoing formulas that send more money to blue states and cities than red states and small towns. They first suggested using a bipartisan formula approved a year ago 96-0 to allocate general state aid in the first 2020 Covid relief bill. Republicans also offered to distribute the 2021 bill’s $30.5 billion in transit funds by applying longstanding formulas rather than the bill’s new rule. The Democratic version gives 30% of the money to New York City—nearly twice as much as it’d normally receive. Both amendments went nowhere.

Sen. Mitt Romney made a valiant effort to limit the $350 billion in state and local government aid so that it covers only actual budget shortfalls. California, for example, is projected to start its next fiscal year with a $19 billion surplus but gets $26.2 billion under this bill. Mr. Romney pointed out that 21 states have revenues at or above pre-Covid levels. Democrats told him to get lost.

Democrats had their way on this bill, but as with the 2009 Obama-Biden bailout, they may come to rue it. Americans are practical: The more they learn about this bill, the more they might ask why we spent all that money and ran up all that red ink simply to reward Democratic constituencies. If that happens, it will be because Republicans make persuasive and principled arguments.