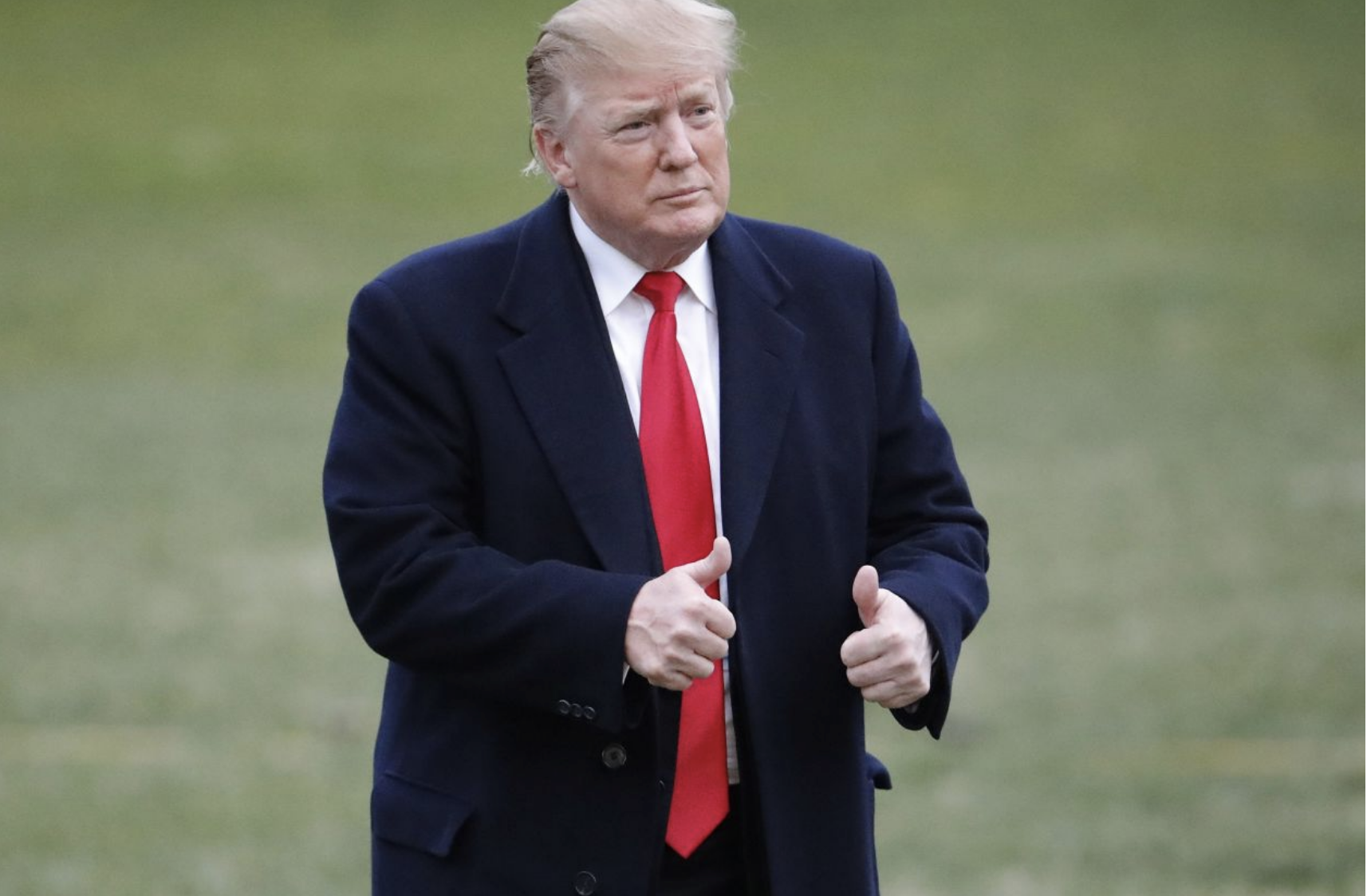 Only Donald Trump’s inauguration in 2017 could have been a sweeter day for the present occupants of the White House than last Sunday. The publication of Attorney General William Barr’s letter summarizing special counsel Robert Mueller’s report lifted an enormous political weight off President Trump and his team.

Mr. Mueller found no evidence that “the Trump campaign conspired or coordinated with the Russian government in its election interference activities.” Mr. Barr concluded “the evidence developed” during the Mueller investigation “is not sufficient to establish that the President committed an obstruction-of-justice offense.” These findings demolished the principal “resistance” talking points, leaving many Democrats angry and discombobulated.

Some, especially in the House, will keep pushing for impeachment. This will enthuse many in the party’s hard-core base, but swing voters trust the Mueller investigation’s core findings and its leader. Speaker Nancy Pelosi knows obsessing over impeachment will benefit Mr. Trump and Republicans, but she will find it hard to contain her caucus’s overeager members. Witness Intelligence Committee Chairman Adam Schiff, doubling down Tuesday on allegations of collusion.

The president and his allies have raised concerns about how the Federal Bureau of Investigation brought on this investigation, especially pointing to possible abuse in seeking Foreign Intelligence Surveillance Act warrants. Did the FBI tell FISA that information supporting the warrant requests came from opposition research bankrolled by the Clinton campaign and the Democratic Party?

These questions should be answered, but Mr. Trump need not devote much time to pressing them. He can count on Mr. Barr, FBI Director Christopher Wray and Justice Department Inspector General Michael Horowitz to continue cleaning up the FBI and Justice Department. Mr. Horowitz is already investigating possible FISA abuses.

There’s also Senate Judiciary Committee Chairman Lindsey Graham, who promises to get to the bottom of “disturbing” aspects of the FBI and Justice Department’s 2016 and 2017 activities. As House manager of the 1998 Clinton impeachment effort, he learned the importance of not overplaying your hand.

Mr. Trump now has an unusual chance to fashion something like the presidential honeymoon that media bitterness over Hillary Clinton’s loss denied him when he took office. Team Trump should use the Mueller report to pivot to issues, like the economy and the opioid crisis, that matter to swing voters who will decide the 2020 presidential election.

As they do, Mr. Trump needs to understand that despite months of relentlessly railing against a “witch hunt,” his supporters are not as revved up as his detractors. That’s the conclusion of the March 20 Fox News poll, which surveyed voters before the Mueller probe ended. While it found Mr. Trump’s approval rating to be 46%—approaching his February 2017 high of 48%—only 27% strongly approve of the president while 42% strongly disapprove.

The Mueller report may help Mr. Trump’s rating and, more important, drive an increase in his strongly-approve numbers and a decrease in his strongly disapproves. After all, he was proved right and his worst detractors were proved wrong. But reiterating old grievances about the investigation’s unfairness won’t materially change those ratings.

The president should focus his time, voice and tweets on the roaring economy, impressive job creation and bigger paychecks. The Fox poll found that even with partisan polarization and the clutter of the Mueller investigation, 50% approve of his handling of the economy, while 42% disapprove. A March 17 CNN survey found 71% rate economic conditions as good, versus only 27% who said they were poor.

Still, the administration needs to propose new policies to keep prosperity growing and spreading, and defend the policies it already put in place. For while Americans feel good about the present state of the economy, only 37% in the Fox poll said they were confident about it. Forty-three percent felt nervous about the economy and 17% were mixed. Reassurance is now critical.

Whatever policies the administration pursues, it should remember that in the Fox News poll former Vice President Joe Biden beats Mr. Trump 47% to 40% and Sen. Bernie Sanders leads him 44% to 41%, while Mr. Trump defeats Sen. Elizabeth Warren 42% to 41% and Sen. Kamala Harris 41% to 39%. The most important number is that between 13% and 20% of voters are still up for grabs.

It is on these swing voters—not the loyal GOP base—that Team Trump must focus. Neither party can win in 2020 with only its strongest supporters. The party that mounts the better effort to persuade swing voters will likely be the winner of the coming presidential election.