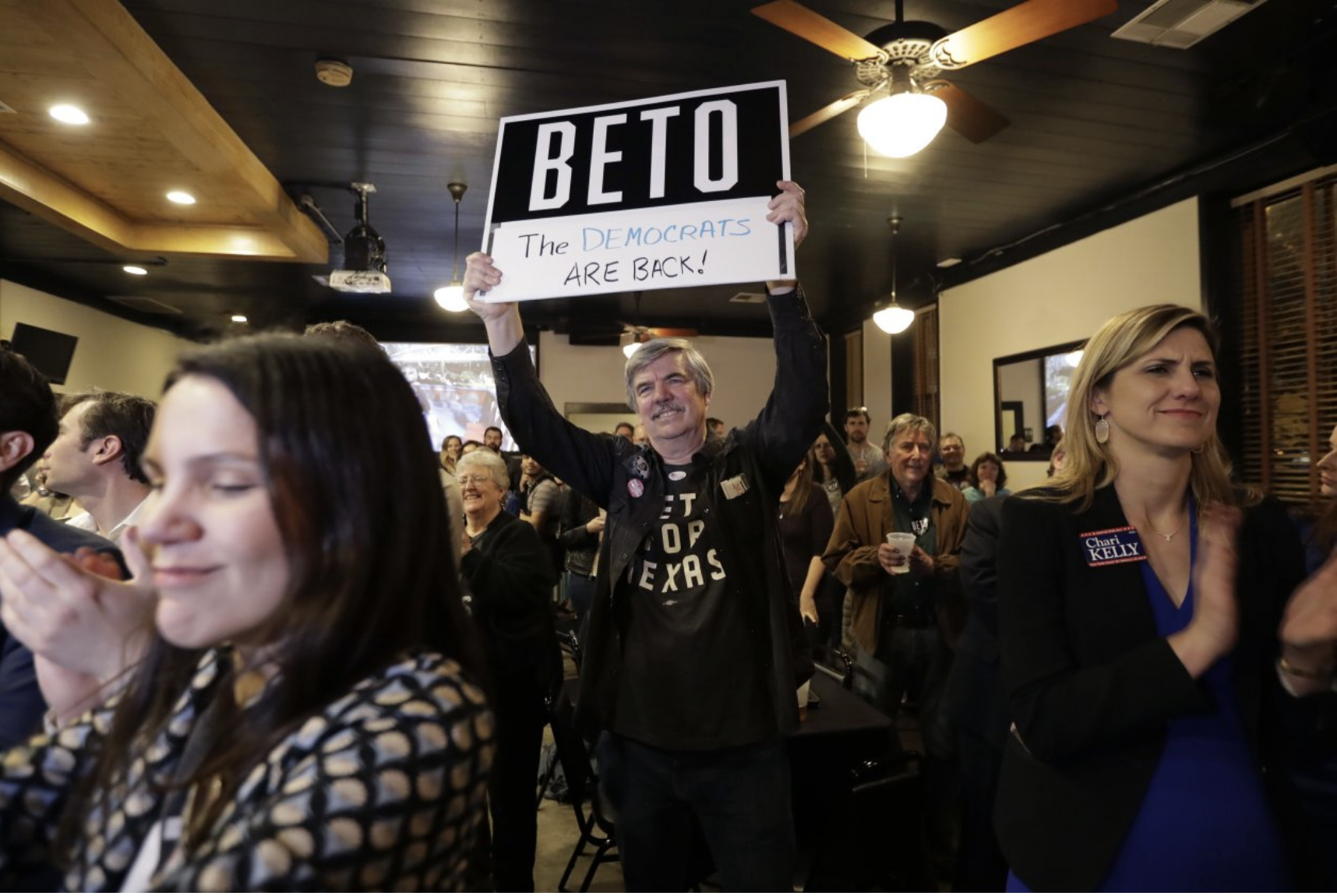 Tuesday’s Texas primaries were supposed to show “rising Democratic enthusiasm,” in the words of National Public Radio’s Jessica Taylor, following reports that more Democrats were participating in early voting than Republicans in the state’s 15 most populous counties. “Such a swell in a bulwark red state could be an even more ominous sign for Republicans nationally,” Ms. Taylor wrote.

She was not alone. The New York Times’s Nate Cohn suggested that “surging Democratic tallies” in early voting may be “a sign that Texas may emerge as a fairly competitive state in the mid-term elections.” Vox’s Tara Golshan wrote that Democrats hope to “make Texas blue—or at the very least, purple” and that “a massive surge in voter enthusiasm is giving them hope.”

But with all the votes tallied, it turned out to be a case of “never mind,” as Gilda Radner, playing Emily Litella, used to say on “Saturday Night Live.”

Just as the media buildup about Democratic early voting fell short, so did the party’s highly touted U.S. Senate hopeful, Rep. Robert F. “Beto” O’Rourke. National Democrats have hyped the telegenic El Paso congressman as a strong bet to upset Ted Cruz, the state’s junior senator. Mr. O’Rourke spent $4.2 million to win his primary with 62%. But he lost 103 of the state’s 254 counties to Edward Kimbrough, a retired Postal Service employee, who spent $785 and received 15%, and Sema Hernandez, who spent nothing—zero, zip, nada—and still got 24%. ( Ms. Hernandez did have a Facebook page.) Mr. Cruz received twice as many votes in his primary as Mr. O’Rourke did in his.

Mr. O’Rourke routinely swears in campaign appearances. He might have done so even more vividly in private as returns trickled in.

It has been 24 years since Democrats won a statewide race in Texas. Absent a major GOP scandal, they’ll continue that losing streak this year as their statewide ticket is lackluster and—with the exception of Mr. O’Rourke—underfunded.

At the House level, Democrats hope to win three districts won by Hillary Clinton and now held by Republican incumbents, as well as some of the six seats opened up by GOP retirements. Here again, the primary results are not heartening for Democrats.

Moreover, no Democrat won a majority in either district’s primary, forcing runoffs in May. In the Seventh, journalist Laura Moser —endorsed by the Bernie Sanders-connected “Our Revolution”—is pitted against Clinton loyalist and attorney Lizzie Pannill Fletcher. The Democratic Congressional Campaign Committee targeted Ms. Moser with an opposition-research dump arguing she was too liberal to win in the fall. The attack backfired: Ms. Moser was trailing Ms. Fletcher in early voting before the DCCC assault but won more votes among those who turned out on election day.

Democrats outvoted Republicans in a GOP-held seat that Mrs. Clinton carried by 3.4 percentage points—the massive 23rd Congressional District, which sweeps across West Texas. This year, after Democratic candidates spent a combined $1.1 million, 44,320 voted in their primary to 30,951 Republicans. Still, that is 5,000 more Republicans than voted in the 2014 primary, which launched Will Hurd into Congress. A former undercover CIA officer, Rep. Hurd is one of the GOP’s most effective campaigners. His “DQ Townhalls” at Dairy Queens across his largely Hispanic district helped him hold the district by 1.3 points in 2016 even as Mr. Trump lost by more than 3 points.

Democratic aspirations to take some of the six open Republican congressional districts also appear slim: Republicans turned out more voters in all six, with the GOP’s margins ranging from roughly 16,000 to 22,000 votes.

Republicans face serious midterm challenges, but in the Lone Star State, the GOP is likely to remain dominant—even if Democrats dent Republican majorities in the state Legislature, where seats in the inner suburbs are vulnerable. On the evidence of Tuesday’s primary, the undertow of liberalism remains far too strong in America’s second most populous state for heady Democratic predictions of flipping a red state blue to come true this year.