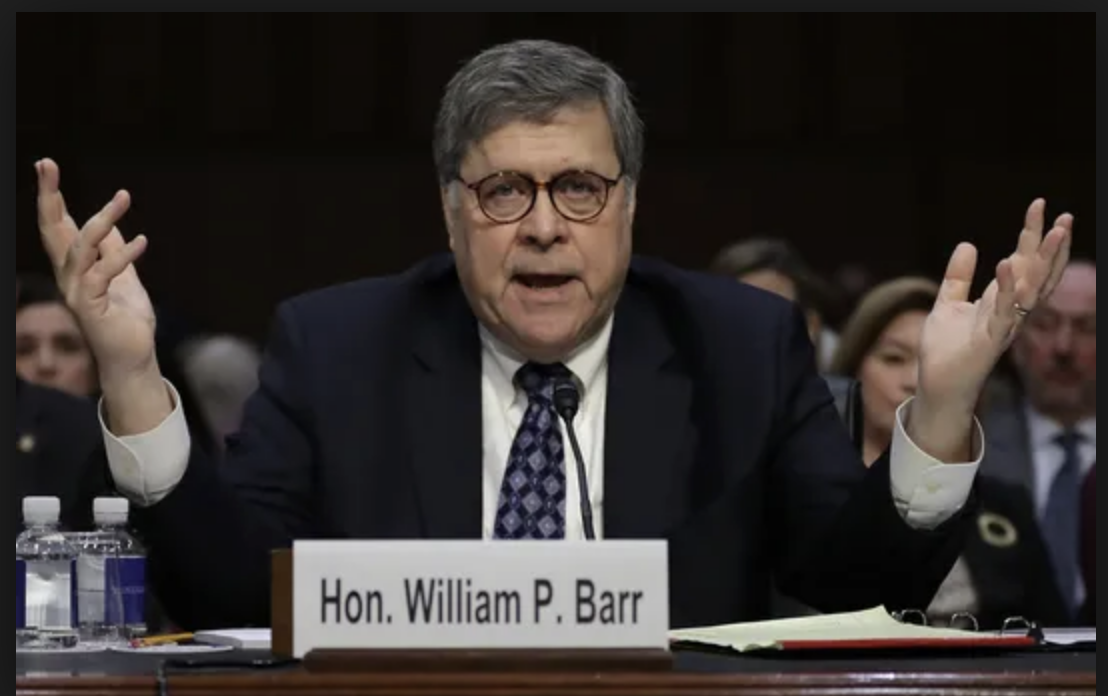 The attempted Democratic takedown of Attorney General William Barr last week during his Senate Judiciary Committee appearance was a thing to behold. The gruff, direct, seemingly unflappable bear of an AG batted away each assault, question after question, hour after hour.

But a second impression also emerged: the tone deafness of so many Senate Judiciary Committee Democrats. Some seemed unaware of the full import of their questions and complaints.

Take Sen. Richard Blumenthal of Connecticut. He told Barr, "History will judge you harshly" as "your credibility is undermined" because "you in effect exonerated or cleared the president." To this, Barr replied, “No, I didn't exonerate.” Instead, he explained, he and Deputy Attorney General Rod Rosenstein “did not believe that there was sufficient evidence to establish an obstruction offense, which is the job of the Justice Department.” Blumenthal then accused the attorney general of not telling the truth, saying Barr “left a clear impression” about the president and “it’s been repeated again and again.”

How have we come to the point where a man who misled people for years about being a Vietnam combat veteran is now lecturing others about telling the truth?

Then there was New Jersey’s Sen. Cory Booker. He opened his questioning of Barr with a rambling, roundabout lecture about “a new normal that is dangerous for our democracy.” He talked about “behaviors that the folks knew that were wrong that they try to actively hide,” namely the “willingness” of Trump campaign officials “to meet with Russian operatives in order to capitalize on information.”

The New Jersey Democrat was referring to the ill-advised June 16, 2016 Trump Tower meeting between Trump campaign officials and a Russian lawyer, as well as a later problematic sit-down between Trump campaign manager Paul Manafort and the representative of a Russian oligarch who had been one of Manafort’s paymasters for his political consulting work in Ukraine (and who Manafort hoped would turn the money spigot back on). Booker condemned both contacts as “misleading, inappropriate action after inappropriate action.”  He’s right about that.

But Booker has been silent about the Clinton campaign and Democratic National Committee funneling vast sums of money through a Washington law firm to hide the identity of the money’s ultimate recipient – the opposition research firm Fusion GPS – which hired a former British secret service agent, Christopher Steele, to reach out to Russian KGB and FSB contacts in Moscow to ask for any dirt they had on Donald Trump. That was not just misleading and inappropriate; it was a case of actively hiding efforts to draw on Russian operatives and capitalize on their information.

If Booker was truly concerned about efforts to solicit dirt from the Russians and then deploy it in a covert assault on an American election, where’s his outrage about Fusion GPS, its Russian Dossier and the brazen invitation to Moscow to poison the U.S. presidential campaign with possible disinformation?

Sen. Chris Coons had earlier gone down this same path, telling Barr, “Let's now say North Korea offers a presidential candidate dirt on a competitor in 2020. Do you agree with me the campaign should immediately contact the FBI?” Barr rightly answered yes. This implied the Trump campaign should never have met with the Russian attorney, Natalia Veselnitskaya, and should have alerted the FBI about her outreach. But we are still waiting for Coons’ condemnation of the Clinton campaign and the DNC, which just didn’t receive an offer of information from a foreign rival, but actively trolled Red Square sewers for dirt and then tried to have the trash shopped to the FBI, at least initially hiding the source of its funding.

Then there was Sen. Kamala Harris, D-Calif., who asked the attorney general, “In reaching your conclusion” regarding possible obstruction, “did you personally review all of the underlying evidence” – every “witnesses’ notes and emails, witnesses’ congressional testimony, witnesses’ interviews which were summarized in the FBI 302 (SP) forms, former FBI Director Comey's memos and the president’s public statements?”

Barr had a simple answer. “No,” he explained. “We accepted the statements in the [Mueller] report as the factual record.” The AG didn’t need to review the underlying material because he and Rosenstein “accepted as accurate” Mueller’s description of events.

Harris would have none of it, cutting Barr off by saying, “I think you have made it clear that you have not looked at the evidence.”  Really? Is the former district attorney saying that for the six years she was the chief prosecutor in San Francisco, she looked at every note, email, witness interview, grand jury testimony and scrap of evidence before making a charging decision?  Or in making what could have been hundreds of such decisions, did she, like Barr, rely on the reports of assistant prosecutors and the police and accept them as an accurate basis on which to make a decision?  Something suggests there was a lot of hypocrisy in the badgering of the attorney general by Senator “Yes or No Please” Harris last week.

To be clear, many findings in the Mueller report are disturbing.  Some in Trump world acted in ways that are unsettling and unwise.  But there was problematic behavior by both Democrats and Republicans. They should all try a little harder to admit to mistakes or at least stop issuing denunciations as if they’re speaking from atop a moral Mt. Olympus.

Many of their assaults by Senate Judiciary Committee Democrats against Barr reeked of hypocrisy. If pressed by journalists on their readiness to condemn the Trump campaign for behavior they or the Clinton campaign engaged in, their responses would be interesting.  However, given the nature of today’s press corps, the senators are unlikely to be questioned. That’s a pity.  Our politics won’t begin to heal itself until more actors in its dramas are held to an equal standard, or at least something less than an egregious double standard.