As the Washington Post pointed out, job numbers for President Donald Trump’s first year in office were not just good, but very good.  Comparing Bureau of Labor Statistics figures from each president’s (except those who assumed office after a death or resignation) first year in office, Mr. Trump saw one of the largest decreases in the unemployment rate (a drop of 0.7 percentage points) over the course of his first year.  The only other presidents to see bigger drops in the unemployment rate were Presidents Bill Clinton in 1993 (-0.8) and Jimmy Carter in 1977 (-1.1). 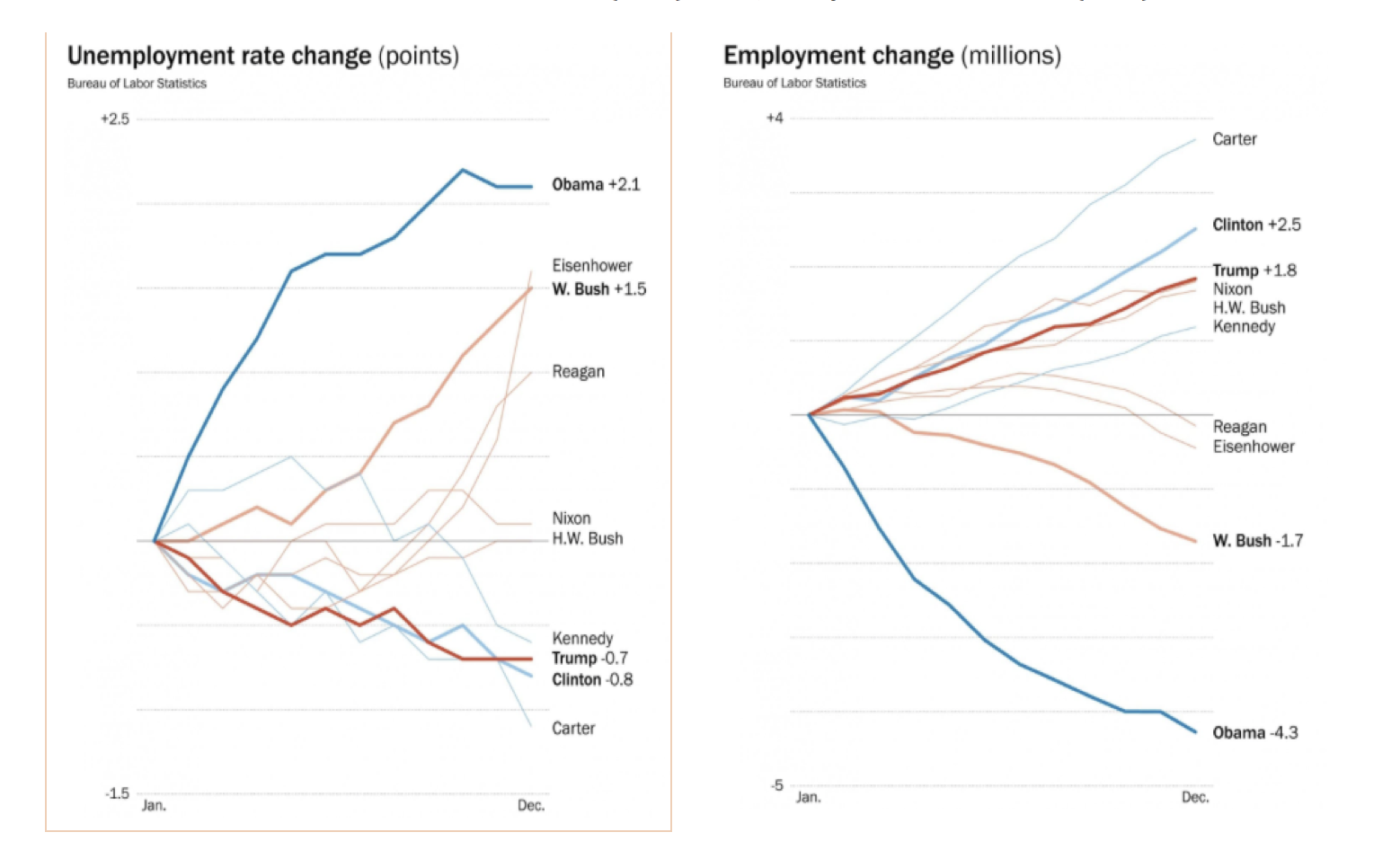 This is good news for President Trump as he enters his second year in office and faces a Midterm Election.  Getting these facts through the noise will be an important task in order to boost Republicans on the ballot this coming fall.