One of the Pew Research Center’s key 2019 findings was how few “true” self-identifying independent voters there are.  A lot of time, energy, and resources are spent to win over these coveted independent voters, but Pew found very few are not already aligned somewhat with a political party.

While 38% of the public call themselves “independents,” only 7% of them are truly independent of either political party.  This group has been less than 10% of all voters since at least 1994.  Today, 17% “lean” towards the Democratic Party, while 13% “lean” toward the Republican Party. 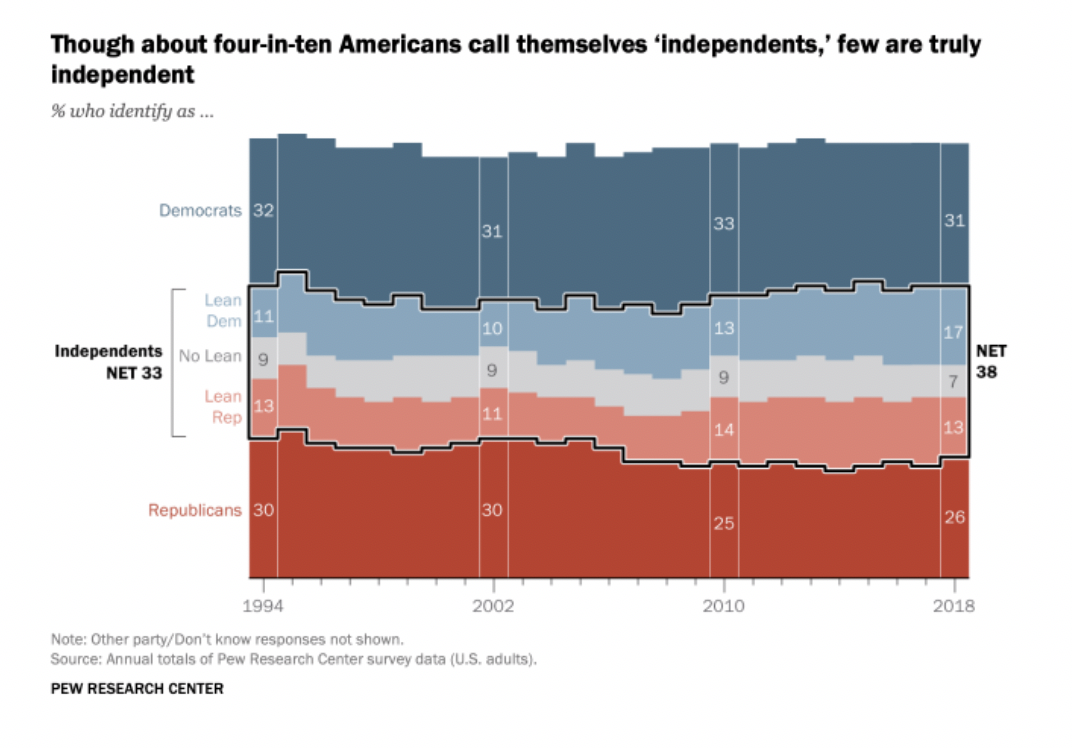 This affects today’s political campaigns because even though many assume independent voters decide any close election, as it turns out, many of these targets already have their minds made up.  For example, 70% of Republican-leaning independents support President Donald Trump, according to Pew.

As a result, campaigns battle over a small sliver of the electorate.  This increases the need for campaigns to keep data at the center of their decision-making and strategy.  Spending resources persuading voters who are already in the bank or already voting for the opponent is not only a waste, but counter-productive.