Considering his foreign policy failures, anemic economic growth, and divisive rhetoric, Mr. Obama’s low average job approval rating is not surprising.  Mr. Trump begins his presidency with a low 45% job approval rating, but if delivers on promises he made during his campaign, that number could grow and he end his first year on a high note. 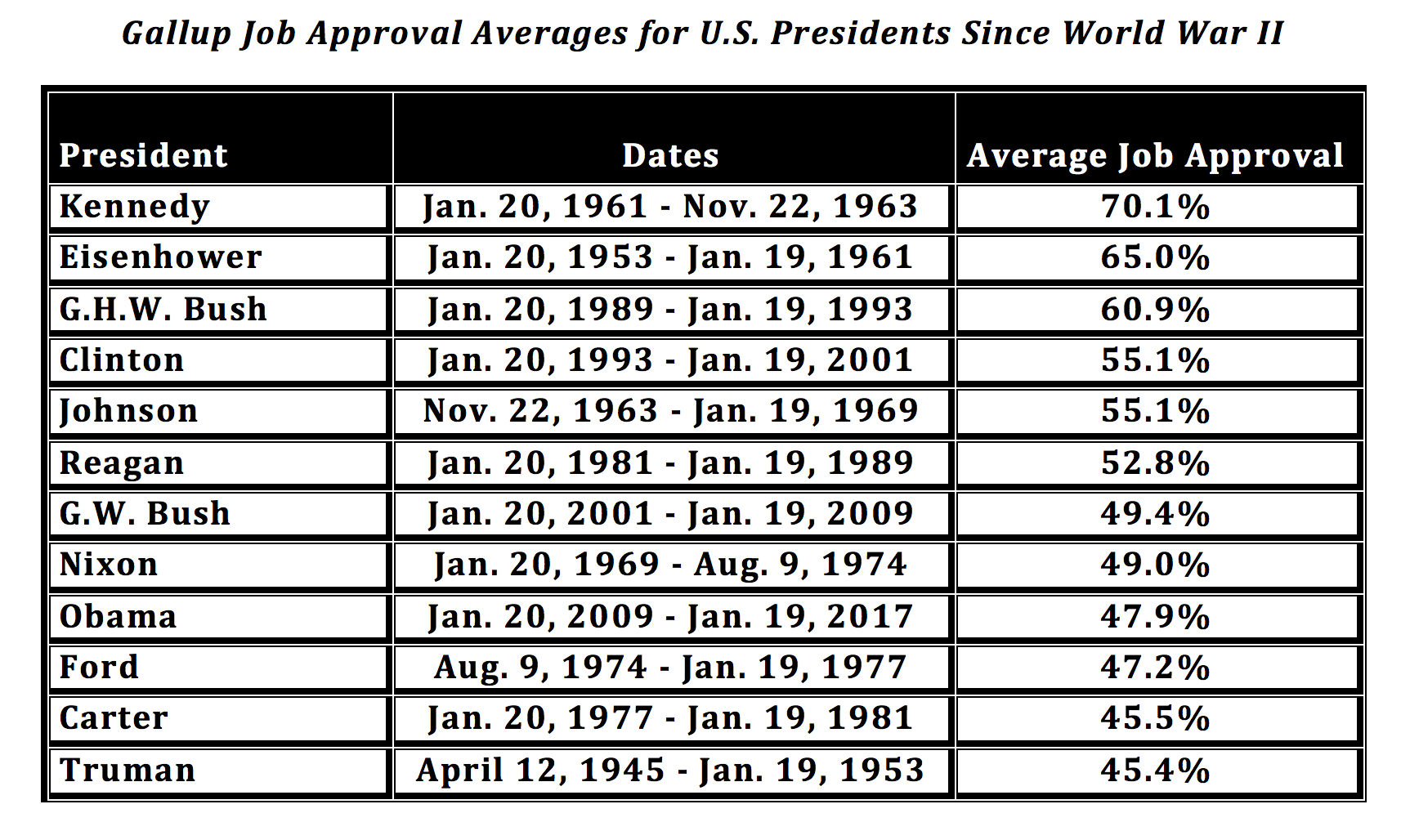