A year into Democratic control of Washington, public approval of Congress has dropped to 18% according to new Gallup polling, its lowest point since 2009.  Coming after a dismal year for Democrats, this signals serious trouble for the party’s members of the House and Senate in November’s midterms. Congressional job approval does fluctuate, but this severe a decline over a single year when Democrats control both the Presidency and Congress is especially noteworthy. 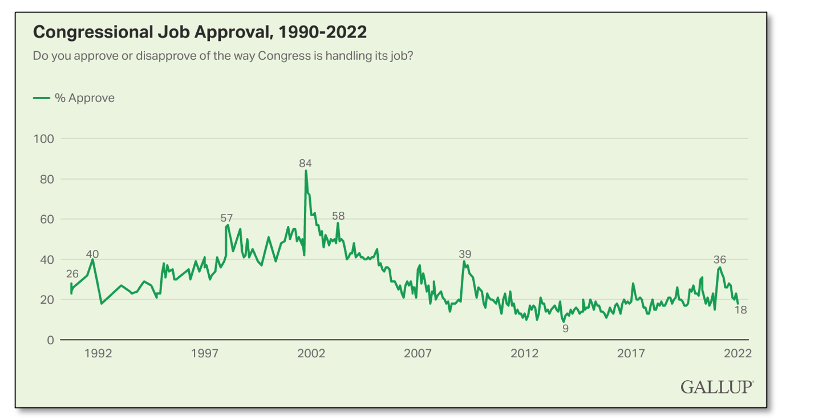 Broken down by party, Republicans hold the lowest opinion of Congress, with only 9% approving. Independents are only slightly better, with 17% approving. Even Democrats give Congress only a 26% approval rating, the lowest such number from Democrats in the last year. With the midterms just 10 months away, this downward trend should be troubling to the president’s party as it could lead to historic Congressional gains for the GOP. 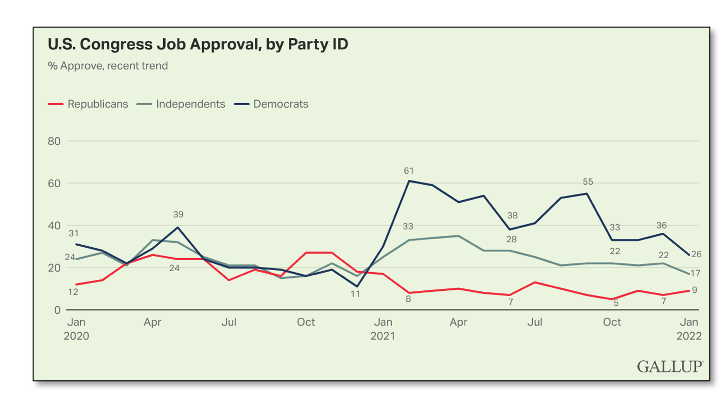