An Early Look At The 2020 Democratic Field

The 2020 Democratic presidential primary field may be one of the largest in history, but most Democratic voters want “someone entirely new” to run in 2020, according to a recent USA Today/Suffolk University poll.

There are months to go before the Democratic field firms up and candidates not even on the radar may come into play.  For example, at this point in 2015, former Gov. Jeb Bush led the Republican field with 23% in a CNN poll and Donald Trump was not even included in the line-up.  But if Suffolk’s numbers offer any insight into the coming fight, Democratic voters are restless and looking for someone to shake things up. 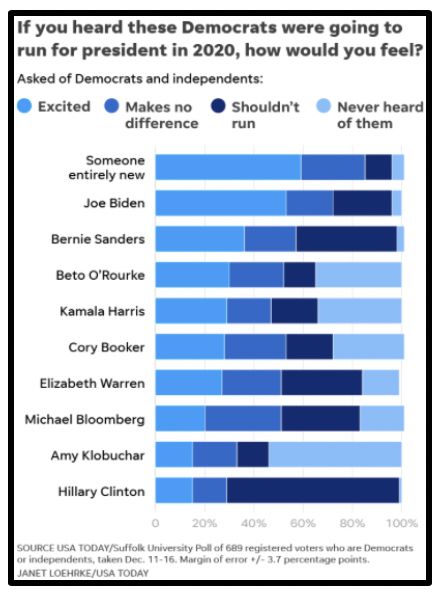