A majority (71%) of Americans are hopeful about how the new year will go for them personally, according to a Survey Monkey poll reported by Axios.  Ninety percent of these optimists are self-identified Republicans and 55% are Democrats.  Only 28% of Americans are more fearful about how 2018 will go for them personally (44% Democrat; 9% Republican). 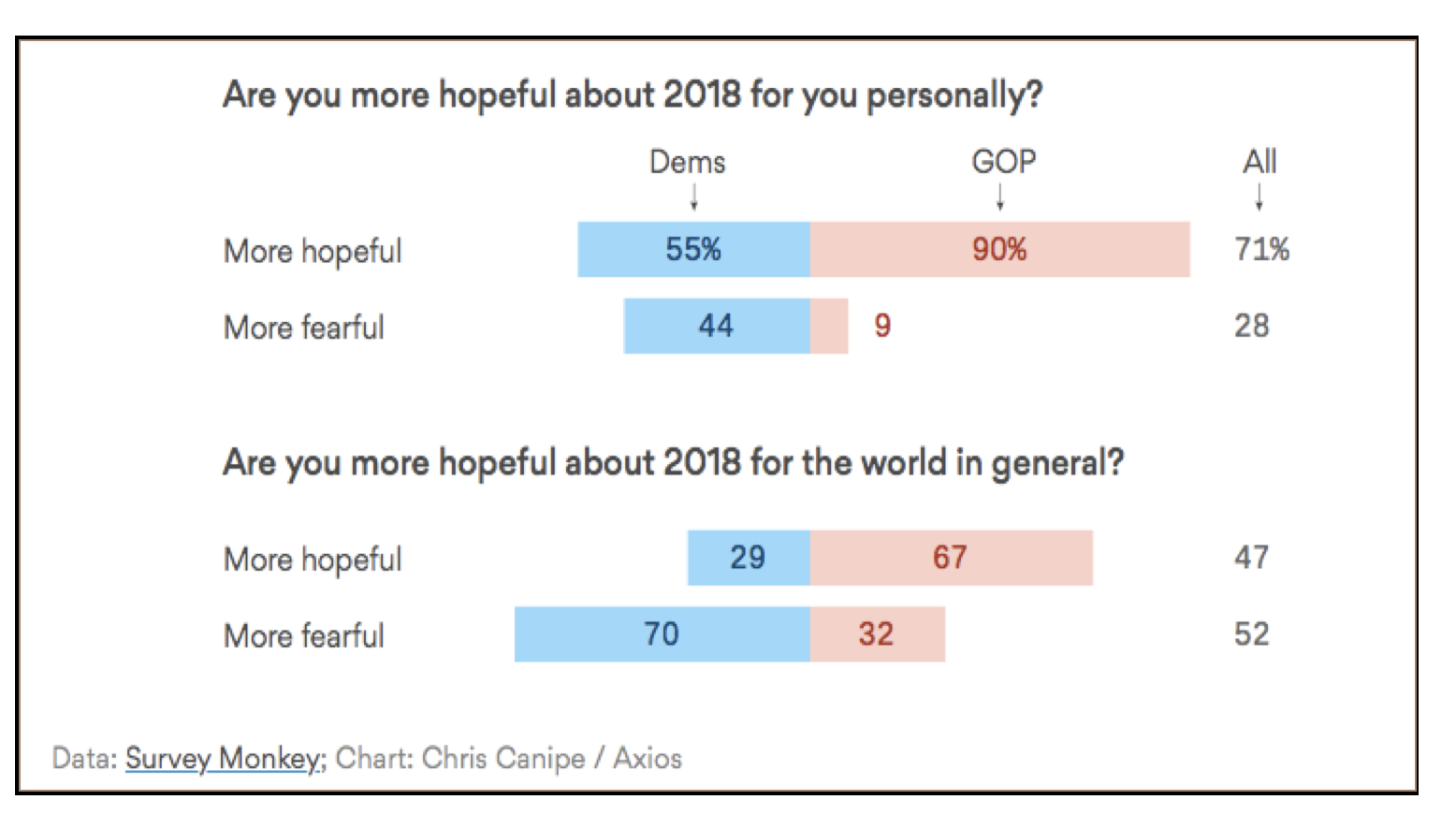 What does this mean politically as the Midterm Election year begins?  Americans, both Republicans and Democrats, are hopeful about their personal situations.  But the pessimism for the state of the world in general, particularly on the left, could affect voter motivation and the issues that campaigns choose to highlight as the midterms heat up.

Polling News
As Democrats keep taking action on everything but the economy and inflation, the ideological gap between Democrats and their traditionally loyal Hispanic base is growing. ...
Read More
Share on: