A new CBS News/YouGov poll shows that going into the final three weeks of the 2022 midterms, Democratic momentum has stalled. 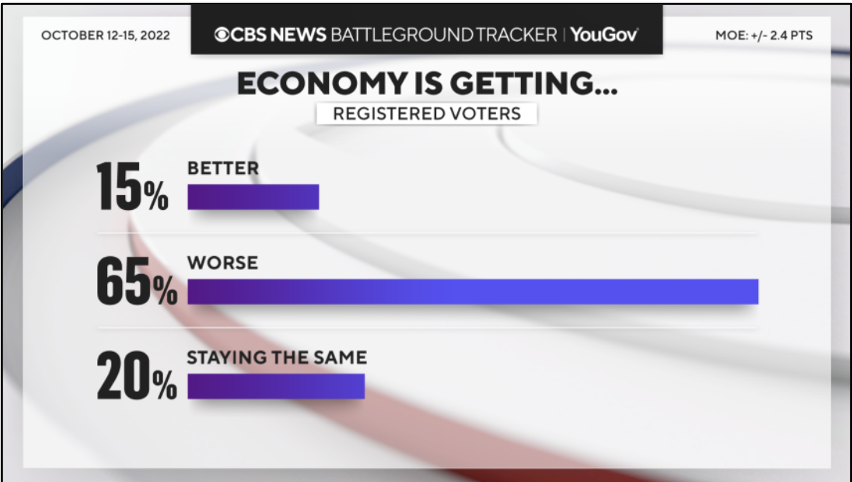 WHY IT MATTERS: Democrats had a brief boost after the Dobbs decision in late summer, but as inflation keeps rising and gas prices move up again, their momentum has been capped. The poll predicts Republicans will take control of the House of Representatives with 224 seats this November, in large part because of the view Americans have of the economy. Asked what is causing higher prices, voters cited three top reasons–supply and manufacturing issues, global factors and Democratic policies.

Republicans now have a full 2% advantage on the generic Congressional ballot. The abortion issue, once surging and promising to prompt strong turnout for Democrats, has fallen with 7% less voters citing it as very or somewhat important to their vote for Congress. Democrats who were relying on an abortion boost a few weeks ago, now say it looks like they peaked too early.

The bottom line: 90% of voters feel as motivated or more motivated than in a presidential election year to cast their ballot. The most important key to ensuring a GOP win this fall will be continuing to build momentum by explaining how a Republican majority will take action on issues affecting voters the most right now.