According to a new Gallup poll, 51% of Americans want the Senate to confirm federal judge Amy Coney Barrett to the Supreme Court, including 52% of Independents, 89% of Republicans, and 15% of Democrats.  Forty-six percent do not want Barrett seated, while only 3% do not have an opinion.  Since Gallup began asking this question about Supreme Court nominees in 1987, an average of 48% of Americans wanted the Senate to vote in favor of the nominee; 27% wanted the Senate to vote against, and 25% had no opinion.

An above-average number of Americans support Barrett confirmation, but an above average number oppose her confirmation as well.  It’s a sign of the partisan times that only 3% of Americans say they have “no opinion.”  Barrett has more public support than Brett Kavanaugh (41%), Neil Gorsuch (45%), Elena Kagan (46%), Samuel Alito (50%), Harriet Miers (44%), or Robert Bork (31%) had at this point in the process.  Only Merrick Garland (52%), Sonia Sotomayor (54%), John Roberts (59%), Ruth Bader Ginsberg (53%), and Clarence Thomas (52%) had higher support, and then only barely for most.

The Senate will take up the vote on Barrett’s confirmation on Monday, eight days before Election Day.  Her impressive performance during the confirmation hearings and growing public support – especially among Independents, where she has the highest support since Sotomayor (54%) – make have little impact on the Senate vote, but shows public opinion has moved in her direction during the confirmation process. 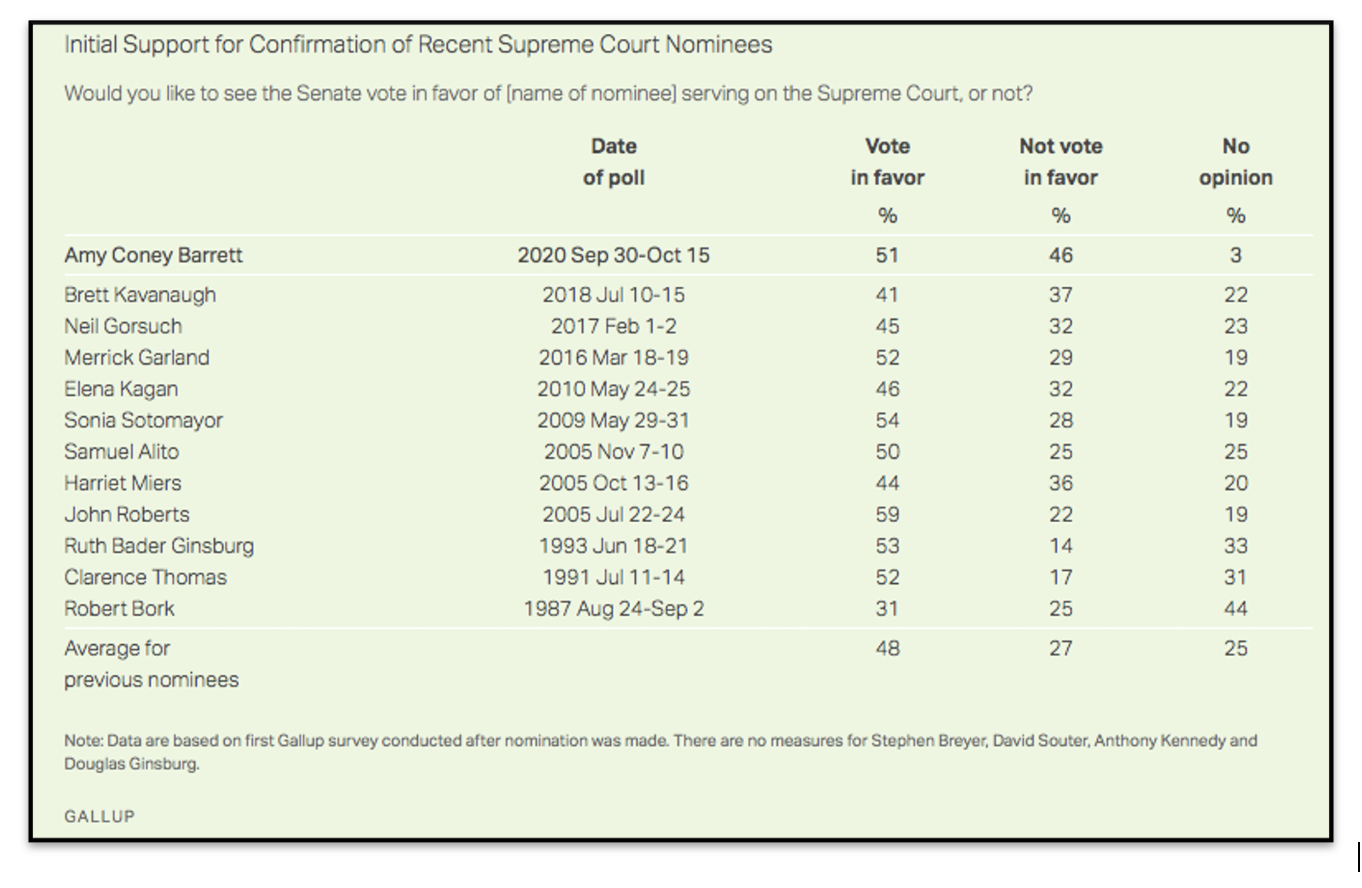