Changing Makeup Of The GOP

The Wall Street Journal looked at the Republican Party after almost four years of the Trump Presidency and found that while the party’s size has been relatively unchanged (around 36% of voters self-identify as Republicans today compared to roughly 37% in 2016 and 2012), its composition has changed.  White working class voters, who began shifting to Republicans before President Trump took office, have migrated to the GOP in larger numbers post-2016.  Today, white working class voters comprise 59% of the Republican Party, up from 50% in 2010. 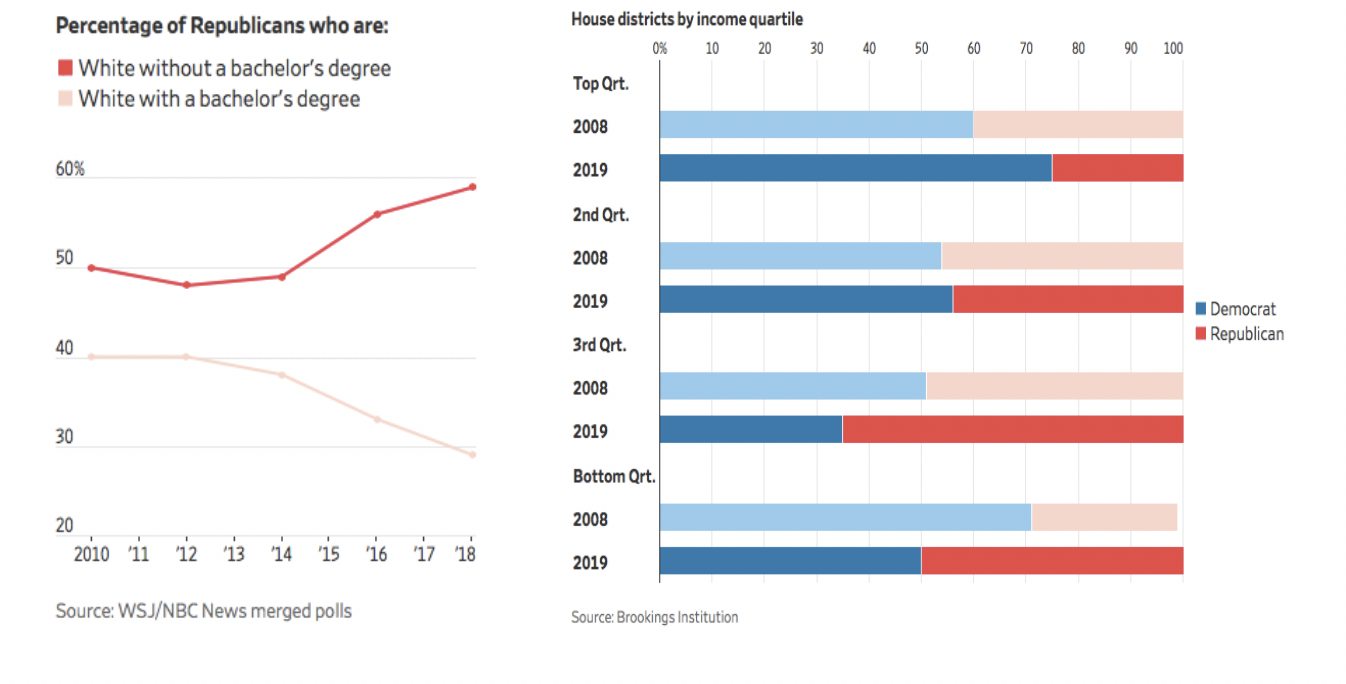 Republicans also represent more middle- and lower-class income House districts today (58%) than in 2010 (39%).  Nearly every Democratic presidential contender has at one point or another invoked their party’s class warfare rhetoric, blaming Republican millionaires for everything from poverty to school loan debt to global warming.  Then why are middle and lower income districts sending Republicans to represent them?

It is true Mr. Trump engaged these voters – many of whom felt overlooked in past elections – by focusing on issues like immigration and trade, but the Democratic Party’s shift to socialism may have something to do with it as well.  Policies like Medicare-for-All, free college, and the Green New Deal do nothing to address needs of middle- and lower- income families.  Republicans can grow their party across income, education, and other demographic levels by offering better solutions to these problems and highlighting the dangers that the Democratic Party’s agenda represent.