Rural voters enthusiastically supported President Donald Trump in 2016, but a recent Reuters/IPSOS poll found their support is waning.  In Jan., Mr. Trump’s approval was a net 17% with rural votes.  It slowly began to decline through May and landed at -3% by June 10.  Today, the president’s net approval is at 0%, a shift of 17 points since his inaugural.  This decline is being driven by slipping approval numbers on issues he campaigned on, especially healthcare reform, corruption, immigration, and “the effort he is making to unify the country.” 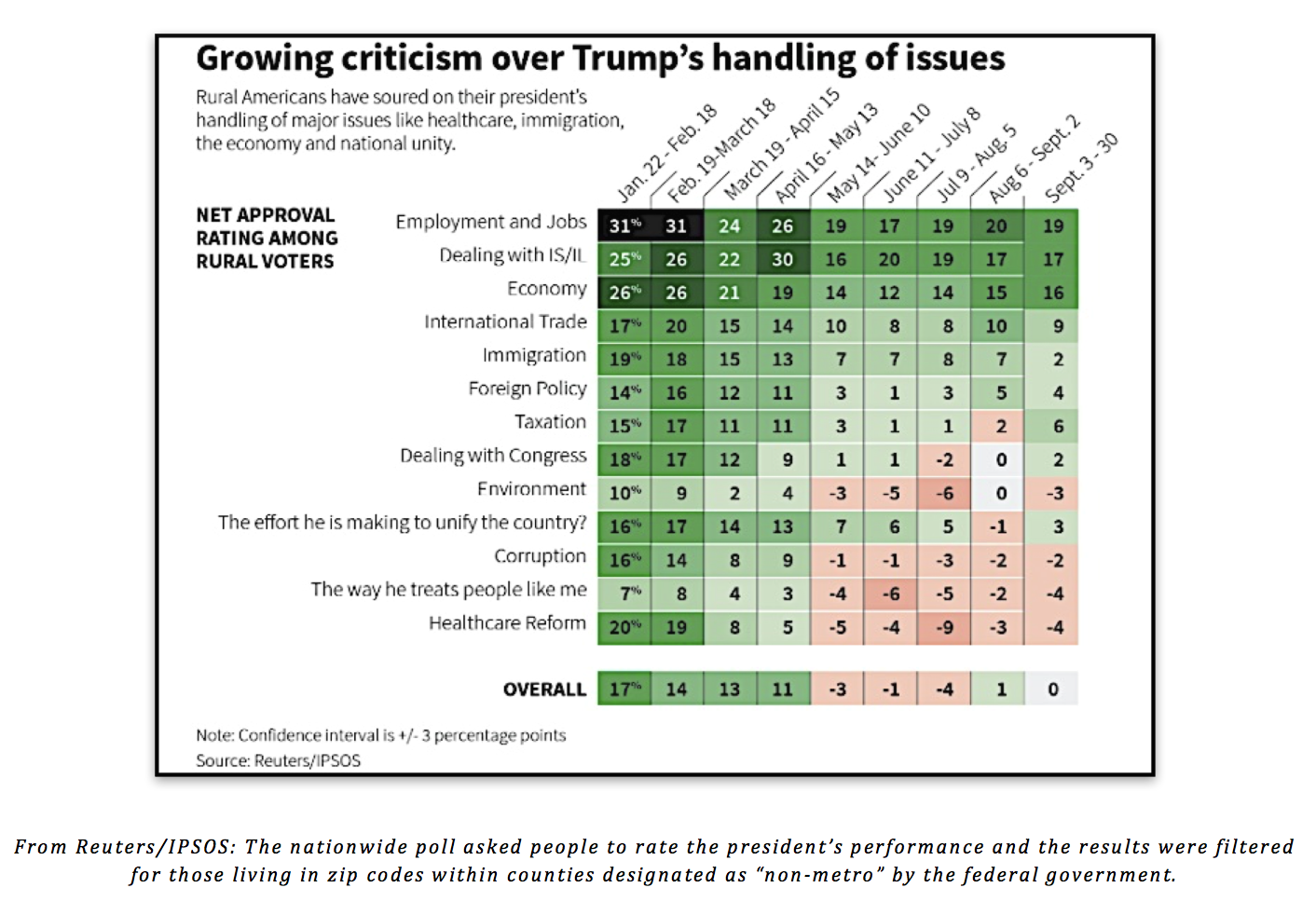 President Trump is still strong among rural voters when it comes to employment and jobs, the economy and dealing with ISIS, though his net approval ratings on these issues has shifted 12, 10, and 8 points, respectively, since Jan.  As Reuters notes, rural voters backed Mr. Trump when he promised to revive American industry and build a border wall, but today they may feel like they are “still waiting to see concrete changes that could make life easier in rural America.”