Voters between 18-29 years old are extremely enthusiastic to vote in this election, according to the Fall 2020 Harvard Youth Poll.  Sixty-three percent of respondents say they will “definitely be voting” in the presidential election, compared 47% who said the same in 2016 and 63% who said the same in 2008.  The highest number of young voters turned out in 2008 since 1984, with 48.4% of 18-29 year olds turning out to vote.  2020 appears to be on track to meet or surpass that level. 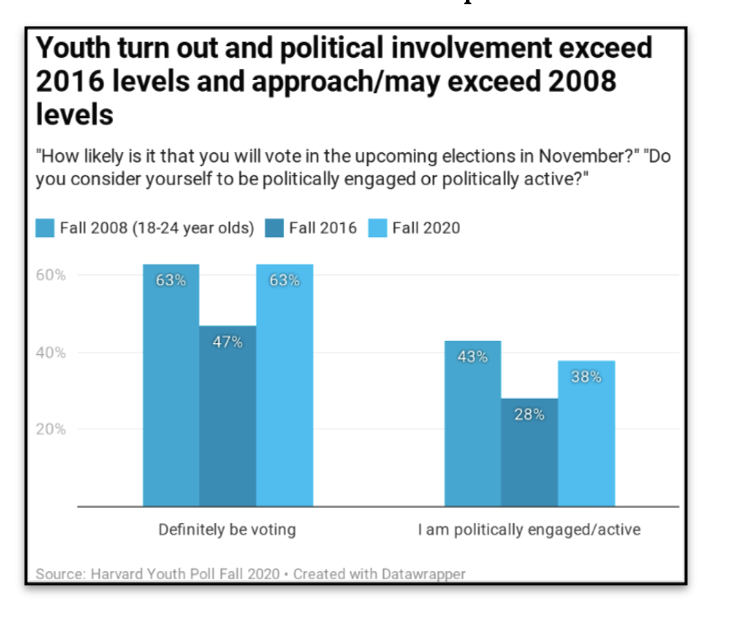 Have these young voters propelled the surge in early voting or are they yet to get to the polls?  Fifty-six percent of Democrats say they’re going to vote at a place set up for early voting, compared to just 33% of Republicans.  Many of these first-time Democratic voters are casting their ballots now, while young Trump supporters will vote on Election Day.  As of this writing, nearly 80 million people have already voted.  Going by this poll, most young Democrats are likely among them.  Republican GOTV efforts determine whether Election Day turnout – not just with young voters but overall – will be enough to overcome any early vote Democrat advantage. 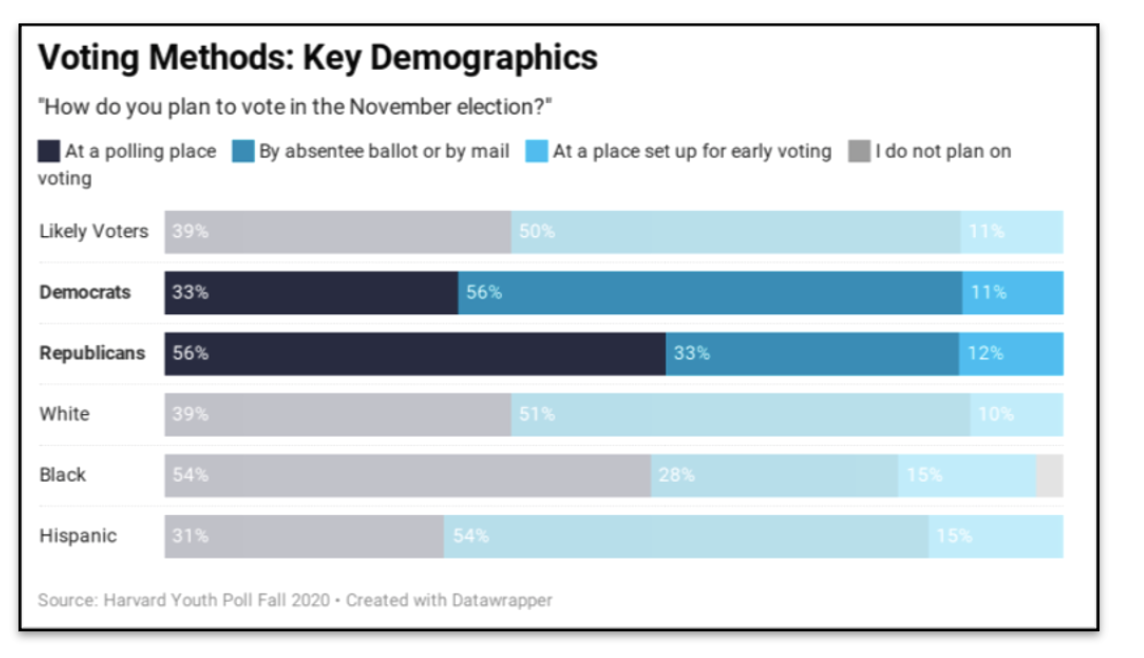