Americans believe Republicans are better than Democrats on two key issues: safety and prosperity.  According to a recent Gallup poll, 51% of Americans say Republicans “will better protect the U.S. from international terrorism and military threats.”  Only 38% say they believe Democrats will be better to keep the country safe.

Republicans also have the advantage on keeping the country prosperous.  Gallup found that 46% of Americans believe Republicans “will do a better job of keeping the U.S. prosperous,” compared to 42% who say Democrats are better on the issue. 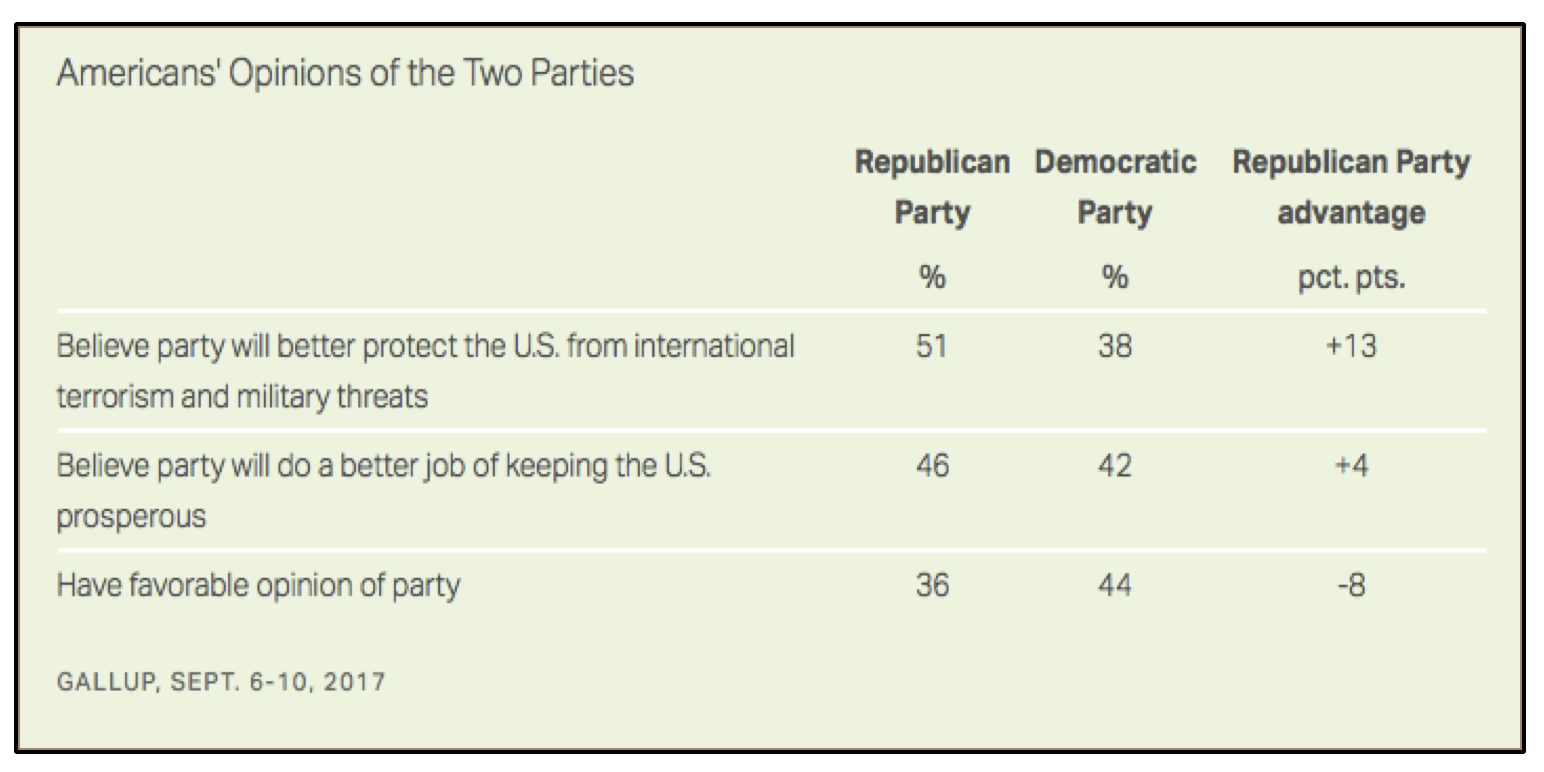 Americans have more faith in Republicans to keep them safe and to keep the country prosperous than Democrats.  That said, Americans still have a more favorable view of Democrats than Republicans, 44%-36%, respectively.

Failure to deliver on major initiatives, like repealing and replacing ObamaCare, could explain the Republicans’ low favorable rating.  Heading into the 2018 Midterm cycle, however, Republicans have an opportunity to deliver on areas where voters believe they are strong.  Passing meaningful tax reform would increase opportunity and keep the country prosperous which could help the GOP’s overall favorable image.