Over the course of the final seven days of the 2022 midterms, Real Clear Politics tracked 203 individual polling results, with some coming far closer than others. 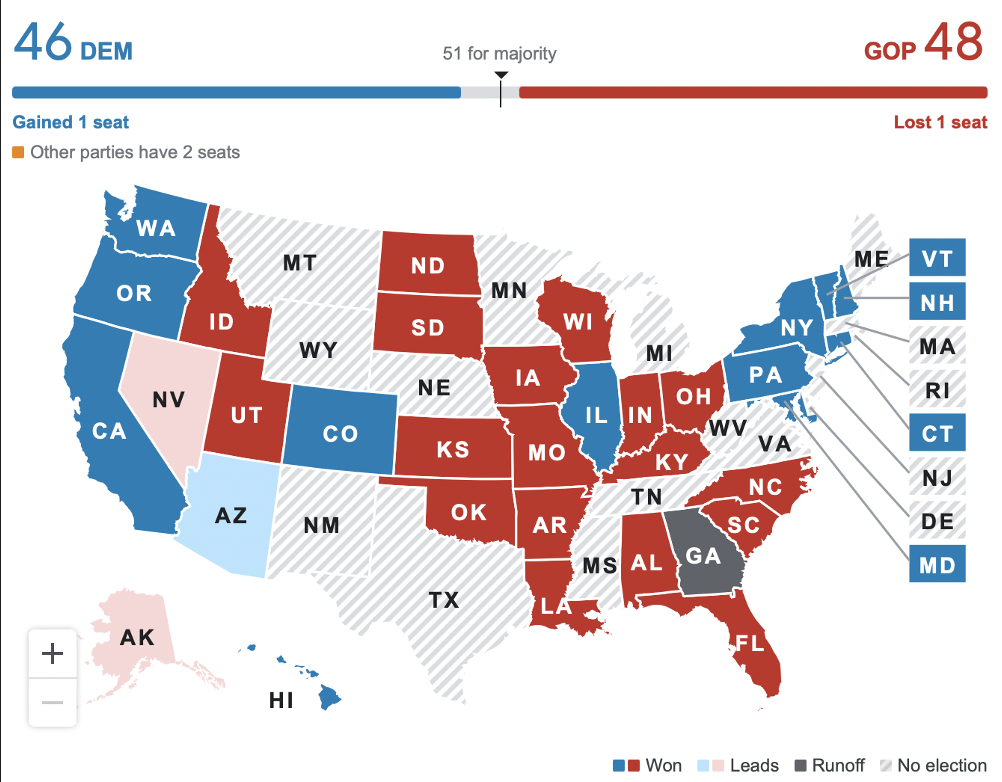 WHY IT MATTERS: Polling drives much of the press narrative before Election Day while giving campaigns a snapshot of where they stand.  The accuracy varies on each pollster’s methods and sampling.

Where was it right? Polling in Georgia released the day before the election by East Carolina University called both the Senate and Governor races correctly, predicting a 53%-46% win for Gov. Brian Kemp and predicting Sen. Raphael Warnock and Republican Hershel Walker would go to a runoff tied at 49% each.

In North Carolina, polling released that same day by The Hill/Emerson showed Rep. Ted Budd winning with 51%. His vote now stands at 50.7%. Ohio polling from Emerson Friday before the election showed J.D. Vance winning with 53%, another accurate measure. Another good call on Wednesday, Nov. 2, showed Wisconsin Sen. Ron Johnson winning with 50% over Democrat Mandela Barnes at 48%; although Barnes finished 1.5% higher.