Universal Disapproval For Members Of Congress 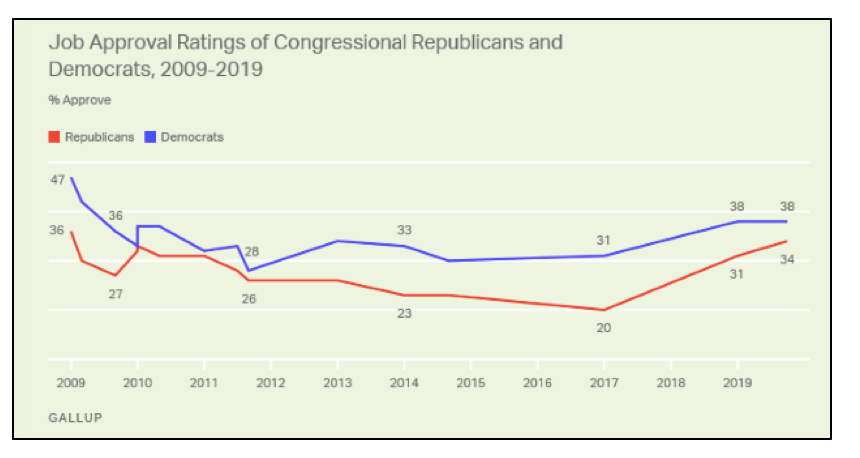 These numbers should not be seen as a general rating applied to each individual member.  Voters tend to approve of the job their congressman is doing compared to Congress as a whole.  That said, it is clear Americans continue to be underwhelmed with leaders in Washington, D.C., giving incumbent challengers more pick up opportunities in 2020.