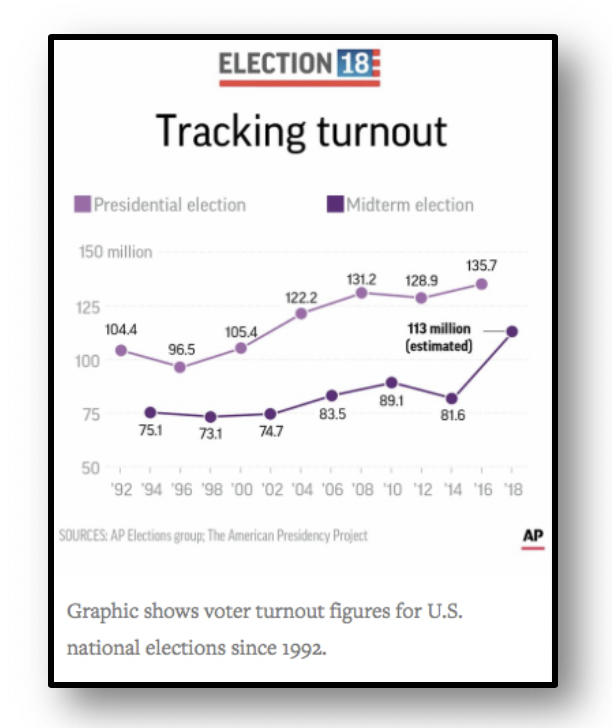 According to the United States Election Project, 113 million voters in 2018 is roughly a 49.2% turnout for the national voting eligible population (VEP).  In 2014, it was 36.7%; in 2010 it was 41.8%; in 2006 it was 41.3%; and in 2002 it was 40.5%.  States like Florida, Georgia, Missouri, and Wisconsin (all with competitive races) saw VEP turnout above 50%.  States without competitive races (like Utah) saw a lower turnout, around 42%.  Was higher turnout an anomaly or a new normal?  The 2020 elections are two years away, but there are no signs that enthusiasm will wane on either side.  Both parties should anticipate higher turnout and be prepared to give voters reasons over the next two years to support their candidates in the next election cycle.