The generic ballot one year before every Midterm since 1938 (excluding 1942 and 1990, for which no data is available) was predictive (+0.90) of the eventual results.  Any movement in that generic ballot over the course of the election year, FiveThirtyEight.com notes, was away from the president’s party.  For example, in 2010, and 2014, movement shifted away from the White House, costing Democrats the U.S. House and U.S. Senate, as it did for Republicans in 2006. 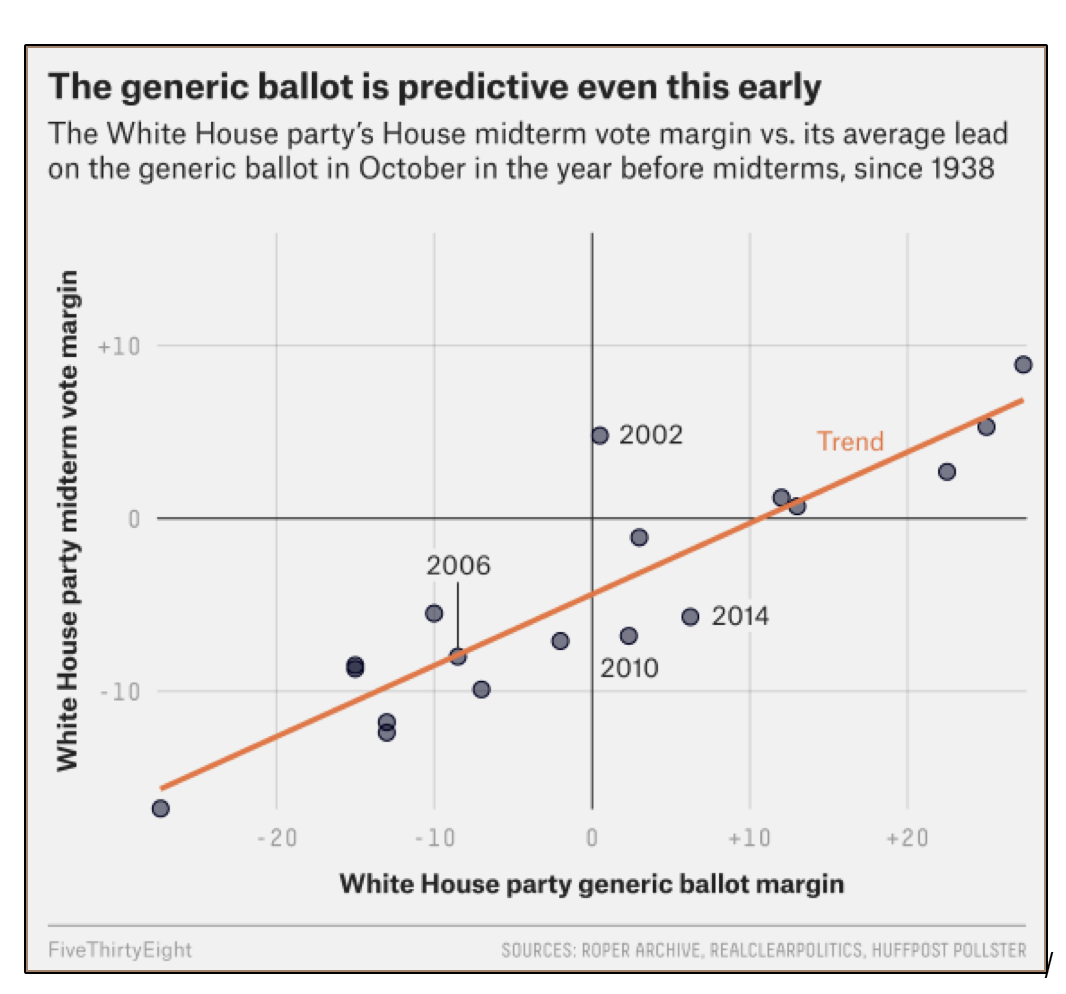 Fortunately, Republicans have time.  The national environment may be out of many individual candidates’ control, but can be influenced by Congress’s ability to pass tax reform and address health care in the coming months.  Individual candidates can hone in on specific messages and directions that will help them rise above the negative sentiment reflected in today’s generic ballot.