Most Vulnerable Senators One Year From Re-Election

A Morning Consult second quarter poll (July-September) finds only three vulnerable senators up for re-election have approval ratings higher than 50% one year out from next year’s midterms.  Senators Joe Manchin (D-WV), Heidi Heitkamp (D-ND), and Jon Tester (D-MT) have approval ratings of 53%, 55%, and 53%, respectively.  That puts their net approval ratings at 17%, 23%, and 20%, respectively.  Senators Manchin and Heitkamp saw a slide of nine net points since their first quarter ratings (January-June).  Senator Tester saw a bump of nine net points. 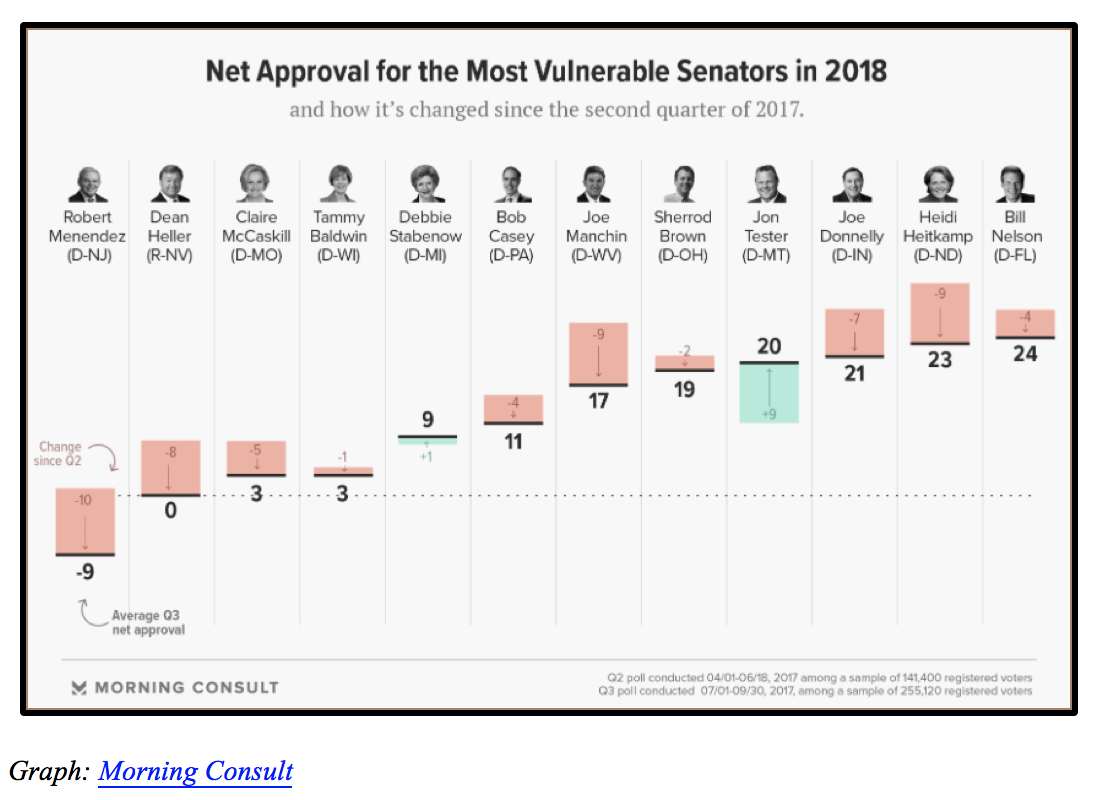 Considering the downward slide most incumbent Democrats are suffering, the right Republican candidates, messages, and campaigns have a real shot at picking up seats twelve months from now.