In recent years, billions of dollars have been spent on campaigns. A Open Secrets analysis found that in an overwhelming majority of Congressional races, the campaign with the most money won. 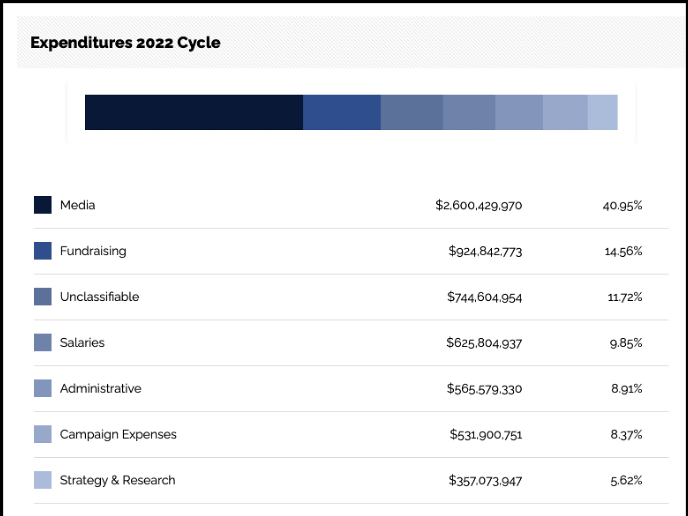 Why It Matters: In 96% of this year’s races that have been called, the campaign that spent the most prevailed. Fundraising lagged for many top tier GOP candidates, and the lack of donor enthusiasm may have been a contributing factor to the midterm results.

The Power of Incumbency: Very few Democratic incumbents fell to GOP challengers in 2022. Incumbents almost always had the upper hand on fundraising and outside spending by Democratic committees. By the numbers:

Small Dollars Matter: Reporting from Axios highlighted a problem that has been echoed by many in Republican circles and is partially to blame for the financial advantage given to Democrats; GOP campaigns often lack significant small dollar fundraising. As of July 2022, Democrats in the 10 most competitive Senate races were out-raising Republicans among small-dollar donors (less than $200 gifts) by more than $75 million, providing a significant advantage to Democrats.

The Bottom Line: Money and politics are bound together, and successful campaigns almost never runs out of money. Republicans should keep focusing on developing and maintaining relationships with large dollar donors, but that alone is not enough. To create and keep an advantage, the GOP must start translating base enthusiasm into small dollar support, expanding the pool of possible donors.