American Views On The Economy

While a recent Pew Research Center survey found 41% of Americans rate the overall economy as good or excellent, many of them do not yet credit President Donald Trump, with 49% saying his policies have not had much impact on economic conditions.  By comparison, during President Barack Obama’s first year, only 8% viewed the economy as good or excellent and 42% said his policies did not have any impact.

That said, it is good news for Mr. Trump that an increasing number of Americans have a positive outlook of the job situation, with 50% saying there are plenty of jobs available in their communities.  This is the highest positive sentiment on local job availability in the 17 years Pew has asked the question.  Since June 2016, this number has increased seven points (from 43% to 50%), and it has dramatically improved from the first few years of the previous Administration when it hovered around 10%. 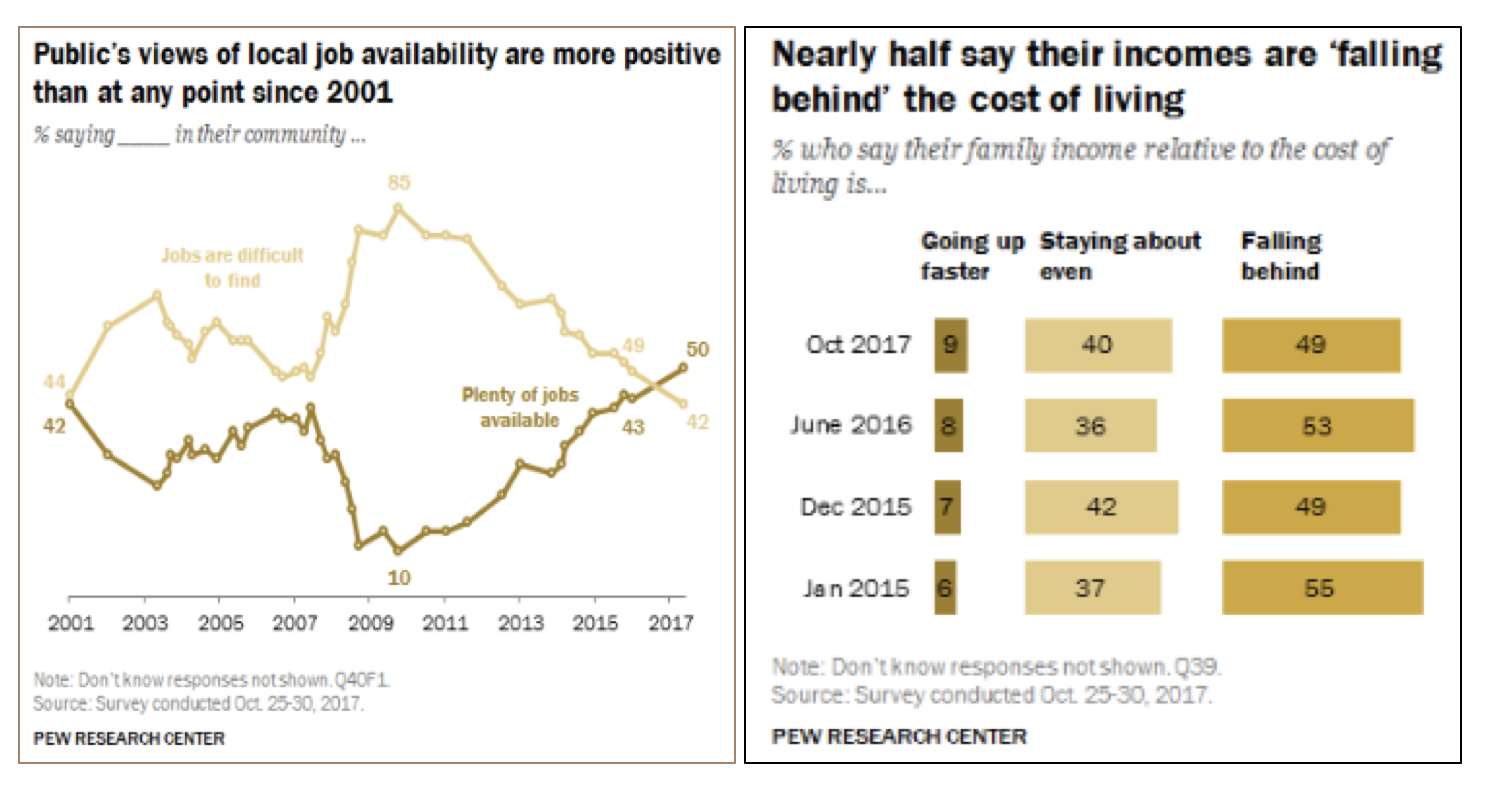 If the president and Republicans deliver on tax reform and show voters it will benefit them, these numbers – especially concerns over cost of living – are likely to improve.