For all the talk about a “Blue Wave”, Republicans fared better this midterm than other presidents in the past.  Republicans lost perhaps 33 seats in the House (some races are still pending) while gaining four seats in the Senate (FL, IN, MO, ND) with a retention in Arizona still too close to call as of Wednesday, for a net gain of three to 53-47.  This is the third time in 100 years the party holding the White House gained Senate seats in a midterm while losing House seats.  The only other time this happened was under Richard Nixon in 1970, John F. Kennedy in 1962, and Woodrow Wilson in 1914.  In 1934, President Franklin Roosevelt and in 2002, President George W. Bush each saw their party gain seats in both the Senate and House.

That said, the GOP must examine where it fell short or face grave difficulties in the next election.  Republicans lost purple states like Wisconsin, Pennsylvania, and Nevada, the first two of which President Trump won in 2016.  Democrats also increased their gains in state legislatures, reversing GOP from the Obama era. With the next Census and congressional redistricting just two years away, this could be problematic.  Republicans must carefully examine the results of 2018 if they want to position the GOP for victory in the Presidential and Congressional contests in 2020. 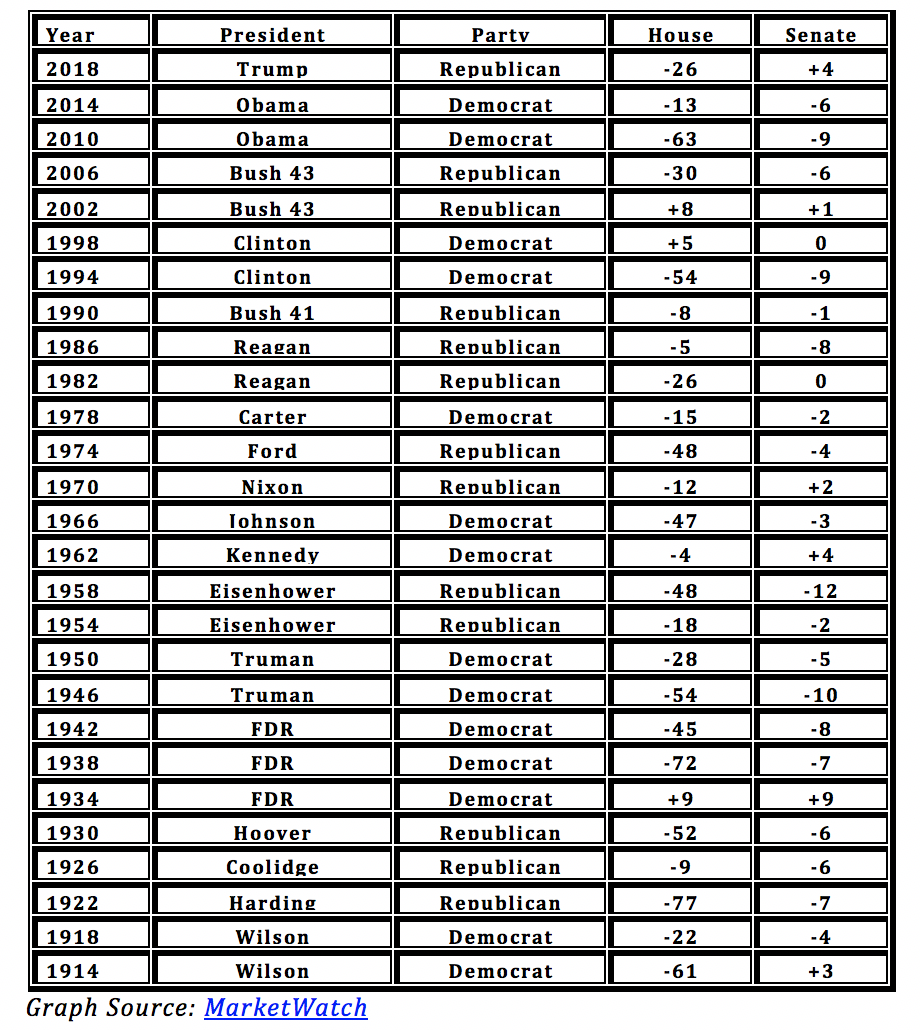