Americans Move Away From Impeachment

On Tuesday, House Democrats filed Articles of Impeachment against President Donald Trump. However, as coverage of the Democratic drive to remove the president has dominated news for the past few weeks, public opposition to removing the president from office grew, according to the Quinnipiac poll.

When the House takes up the vote on impeachment, it will be important to watch the thirty-­‐‑one Democratic representatives who must run re-­‐‑election campaigns in districts Mr. Trump won in 2016. Democrats like Reps. Max Rose (NY-­‐‑11) and Joe Cunningham (SC-­‐‑01), whose districts Mr. Trump won by ten and thirteen points, respectively, have a difficult choice to make: Side with their party’s left-­‐‑wing base and vote to impeach the president, or stand with their Districts and vote against. They can thank Speaker Nancy Pelosi for putting them in the lose-­‐‑lose situation. 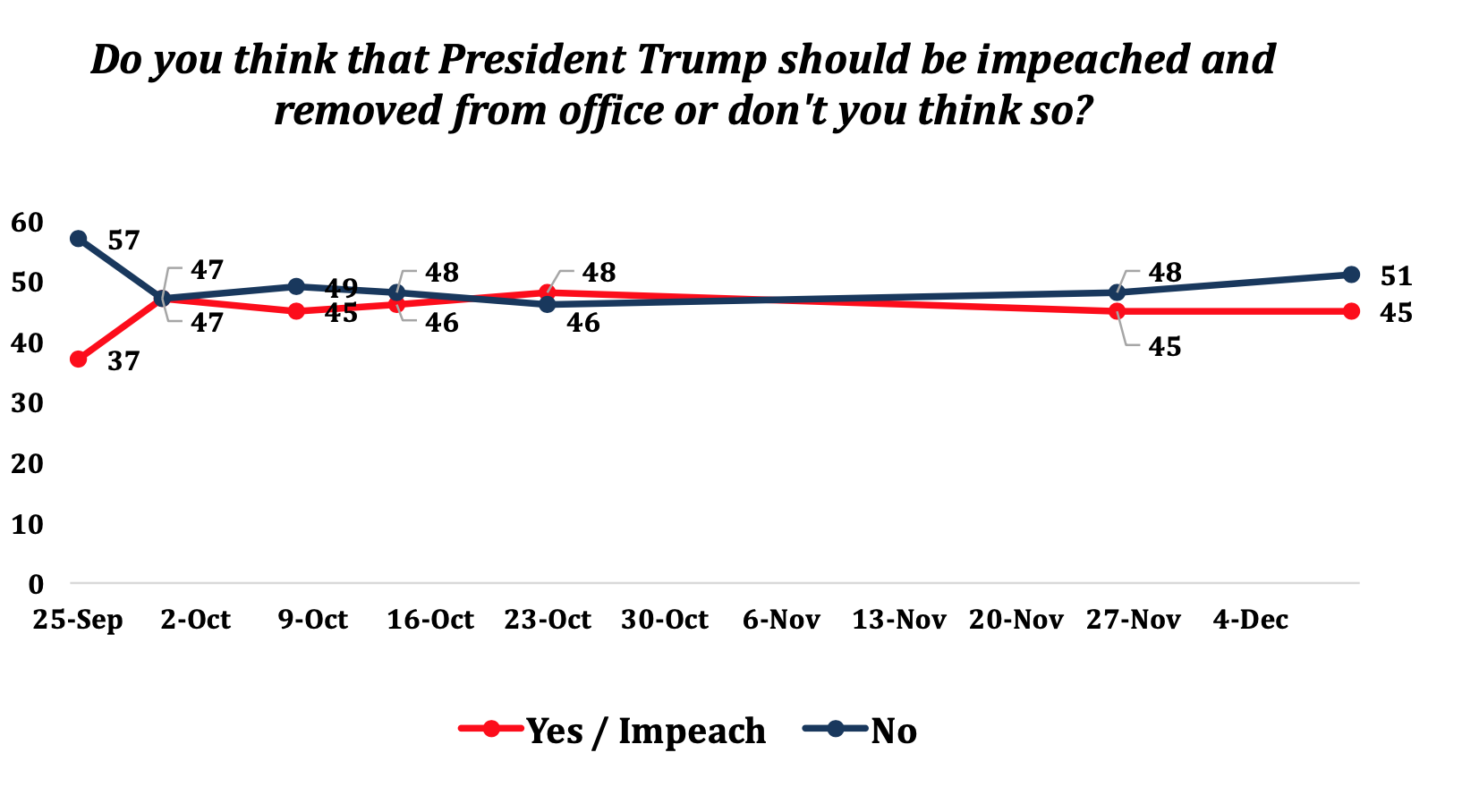