Wednesday night, the House of Representatives voted to impeach President Donald Trump, 230-197 on the First Article and 229-198 on the Second Article.  Recent surveys have shown public opinion is moving against impeachment, and now Gallup’s latest poll shows President Trump’s job approval is 45%, up two points from last month and up eight from January.  Support is high, unsurprisingly, among Republicans (89%) and low, unsurprisingly, among Democrats (8%), but his approval among Independents has increased.  Today, 42% of Independents approve of the job the president is doing, up eight points from 34% at the start of the impeachment hearings.

Democrats need only look at their own history to know that Americans would more than likely view the president more favorably after the circus of the last few weeks.  Twenty-one years ago, almost to the day (Dec. 19, 1998), President Bill Clinton was impeached by the House of Representatives.  Going into that vote on Dec. 16, 1998, Mr. Clinton’s Gallup approval rating was 63%.  Just a few days after his impeachment, (Dec. 20, 1998), his approval jumped ten points to 73%.

The next few weeks will tell who benefits the most politically from the impeachment kerfuffle but if history and these recent movements in Mr. Trump’s numbers are any indicators, Republicans appear to be winning this round. 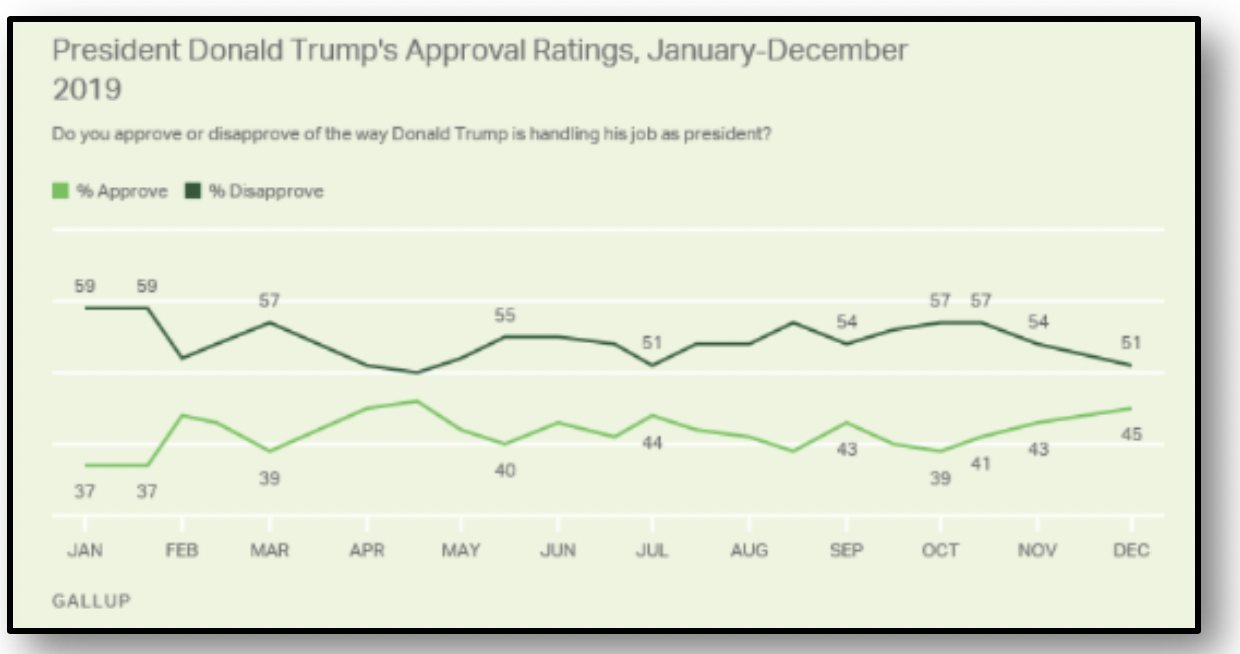