According to Gallup’s daily tracking of presidential job approval ratings, only 36% of Americans approve of the job President Donald Trump is doing while 59% disapprove.  His approval rating is down almost ten points since he took office in January when his approve-disapprove was 45%-45%.  Views of the economy, however, have moved in a positive direction.  According to Quinnipiac, only 46% of Americans thought the nation’s economy was “excellent” or “good” in January, while 53% said it was “not so good” or “poor.”  Today, 63% (+17) say the economy is “excellent” or “good,” and only 34% say it is “not so good” or “poor.” 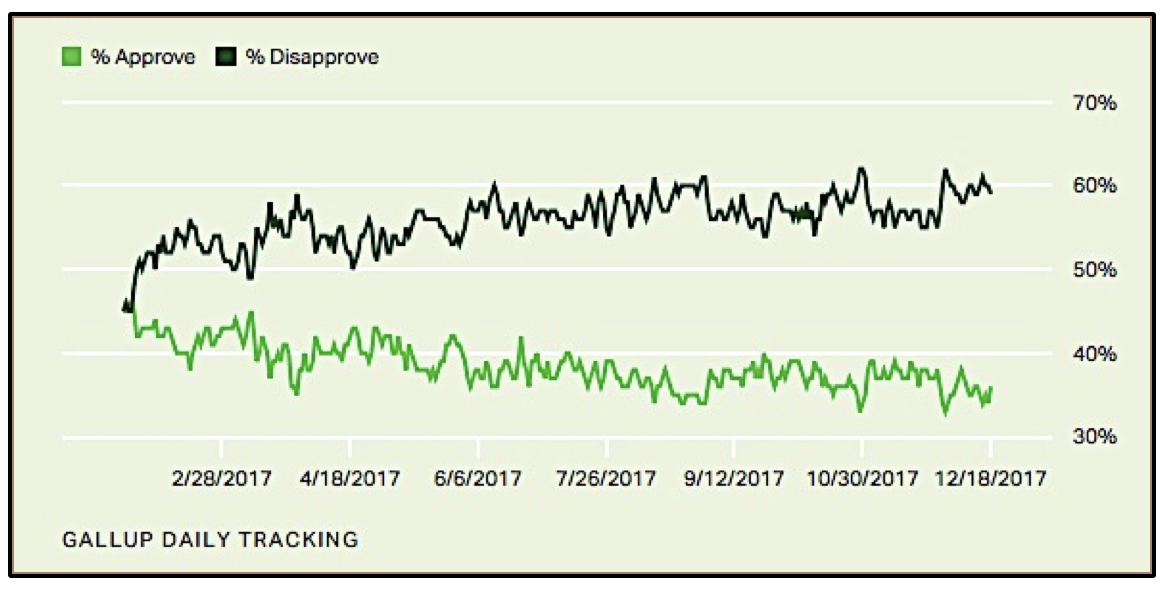 Mr. Trump could benefit politically from an improving economic outlook, but other issues stand in his way.  Only 31% have a favorable view of the president; 70% say they do not think he is “level-headed;” 62% say he does not “have good leadership skills;” and, probably most problematic, 62% say they do not believe he “cares about average Americans.”  Republicans scored a major victory this week by passing tax reform.  If the president wants to gain from this historic accomplishment, he must highlight how tax reform will help everyday Americans. 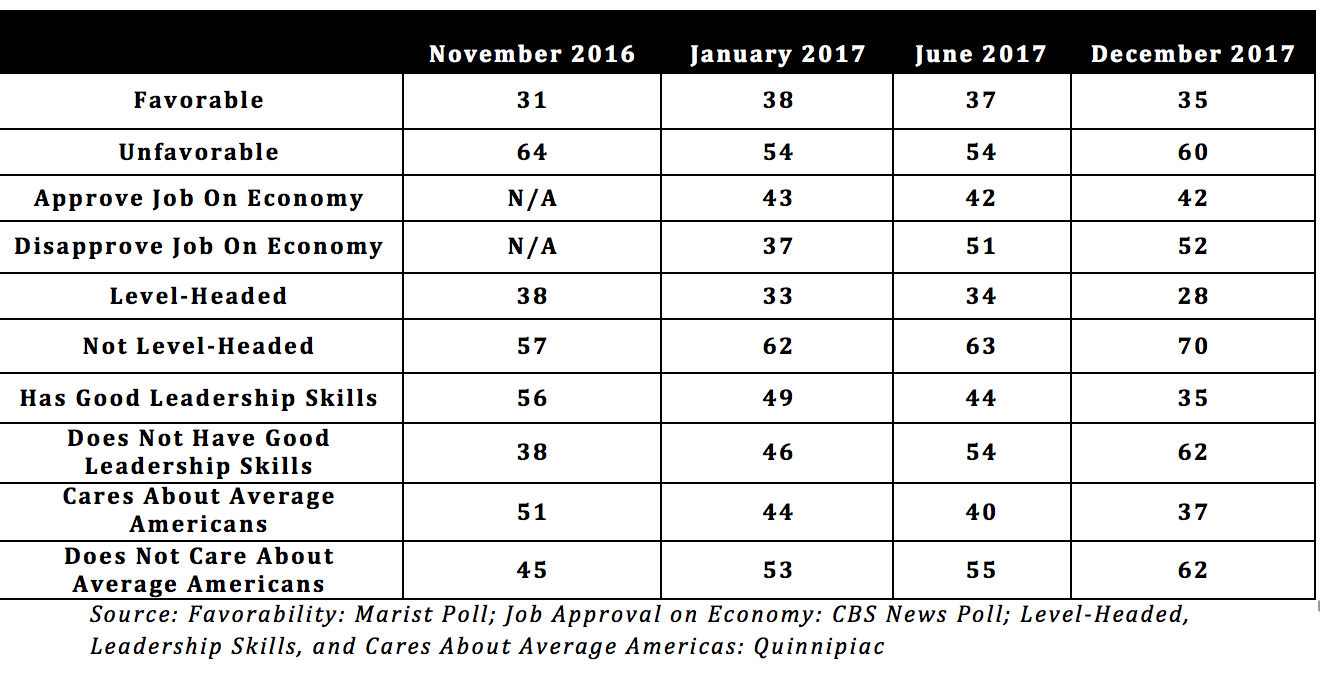 Polling News
As Democrats keep taking action on everything but the economy and inflation, the ideological gap between Democrats and their traditionally loyal Hispanic base is growing. ...
Read More
Share on: