Republicans And The Suburbs

No Democrat won a district where Trump received 55% or more in 2016, and no Republican won a district where the president received 45% or less.  Fivethirtyeight.com reviewed the 56 districts Republicans won in the 45-55% bracket, albeit from a lens that focused on where “Democrats will try to compete in the future.”  Their observations are nevertheless helpful for Republicans looking for deficiencies and where there’s room to grow in 2020.

Republicans must start working to win back voters in once-friendly suburbs, starting with these 38 districts with a focus on recruitment and resources. 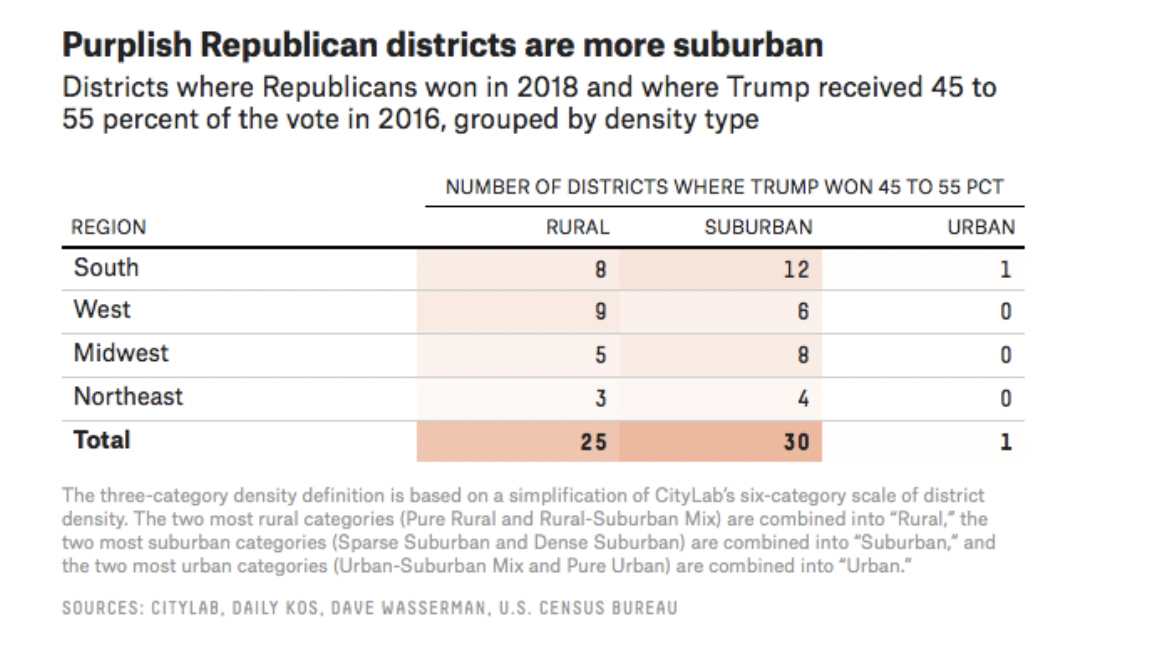