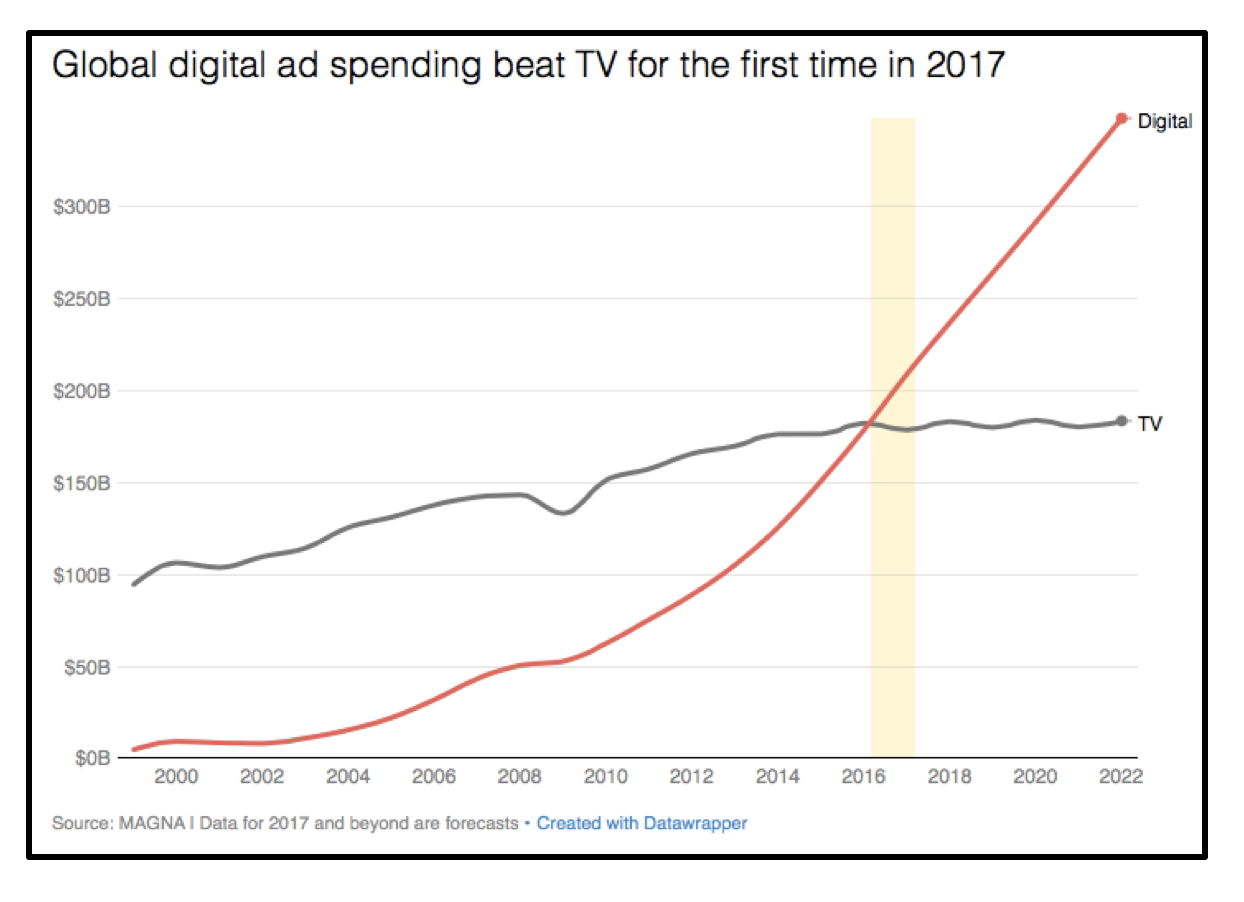 Digital advertising only makes up 14% of total political ad spending now.  As the global market continues expanding and campaigns continue evolving, however, digital spending will keep on growing.