President Donald Trump delivered his first State of the Union speech on Tuesday, calling for unity and raising issues like infrastructure.  What other issues are priorities for Americans for the coming year? 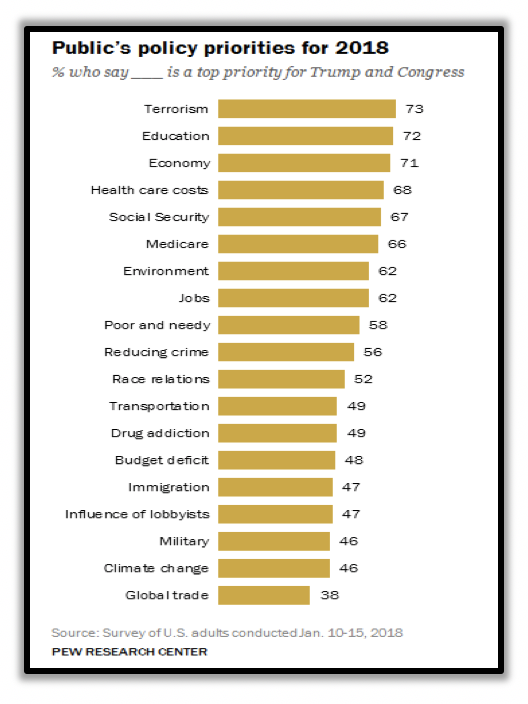 Of the top three issues (terrorism, education, economy), Republicans have done well to prioritize handling terrorism and the economy over the past year.  That said, they can be in a position to lead on education – especially Republicans running for state-level offices.  By doing so they will not only satisfy reliable Republicans, but attract swing voters like Independents, women, and those living in suburban areas as well.