Because of Justice Stephen Breyer’s retirement announcement earlier this year, the Supreme Court will once again be on the minds of voters as the midterms approach. The process of replacing the liberal justice comes as the Court prepares to decide a number of important cases on controversial topics including abortion and the 2nd Amendment. This while the Biden White House works to fulfill the President’s campaign promise to nominate a black woman to replace Justice Breyer. Recent polling from Pew Research provides insight into how the public views America’s highest court. 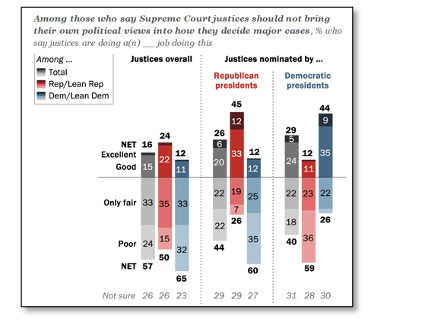 By design, the Supreme Court was intended to be removed from partisan politics so that the public passions of the moment would not affect the court’s long-term judgements on Constitutional questions. 86% of Americans agree that should be the case. The Pew poll also shows that beyond ideology, Americans want fair, Constitution-minded justices who bear no allegiance to any side of the political spectrum. Pew found that a near majority of Americans (48%) believe the current court is middle-of-the-road.  That, combined with 86% of Americans wanting the court to remain non-partisan, means the last thing Americans want is a contentious and partisan nomination process to replace Justice Breyer. 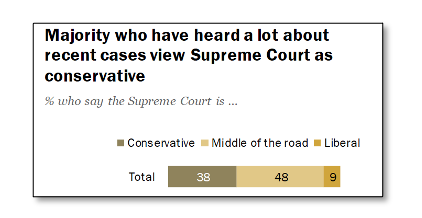 Before Justice Breyer had the chance to break the news of his retirement, President Biden was wheeling out the framework that would govern his first (and quite possibly only) nomination to the Supreme Court. Biden’s move to play identity politics with his nomination is antithetical to what the American public wants to see for the nation’s most esteemed legal body. Republicans have the opportunity to highlight this uniquely divisive move by the Biden Administration as one of many reasons to restore the Republican Majority in the U.S. Senate in November.