By nominating Judge Neil Gorsuch to the U.S. Supreme Court, President Donald Trump delivered on one of the main promises that convinced voters to support him in November.  According to exit polls, Supreme Court appointments were an important factor for 70% of voters.  Forty-nine percent of these backed Mr. Trump.  Only 28% said Supreme Court picks were not important.  Hillary Clinton won 52% of them.

Voters had reservations with Mr. Trump, but had bigger concerns over Mrs. Clinton filling vacancies on the nation’s highest court.  After a turbulent first eleven days, Mr. Trump’s Supreme Court pick could help calm nervous supporters and build good will.  Team Trump must now prepare Judge Gorusch for a seamless confirmation and provide him public support and defense against liberal attacks to ensure this victory is completed. 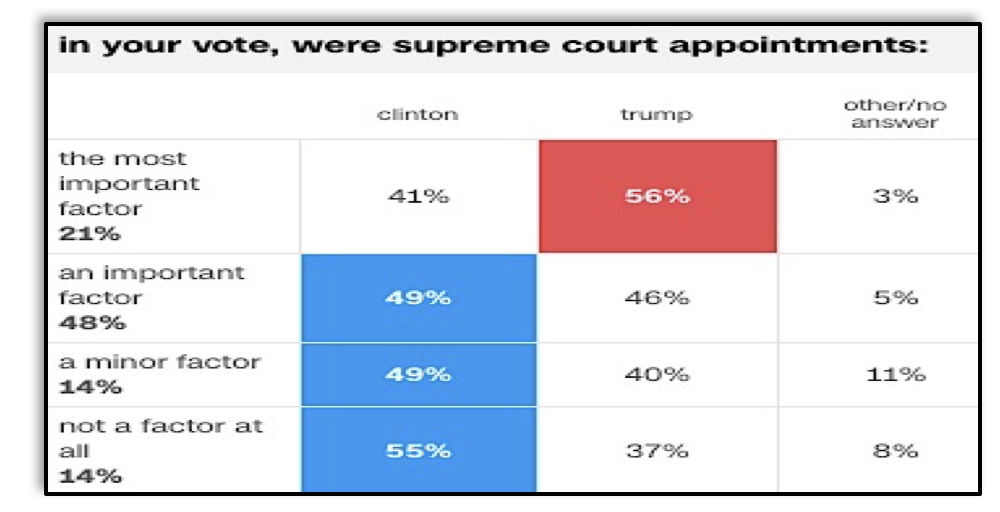