With the bungled impeachment process finally at an end, Democrats are increasingly worried their party’s impeachment obsession will hurt them at the polls.  According to FiveThirtyEight.com polling, more Democrats are thinking impeachment will help President Donald Trump’s re-election.

By the end of the Senate’s impeachment proceedings, more Democrats thought impeachment was a bad use of Congress’s time, rising from 23% at the beginning of the trial, to 37% at the end (+14).  The biggest sign is Democrats are finally heeding the warnings from many who’d looked at polling data issued during the      proceedings — today 30% of Democrats said impeachment will likely help Mr. Trump win reelection, an increase from 12% only three weeks ago. 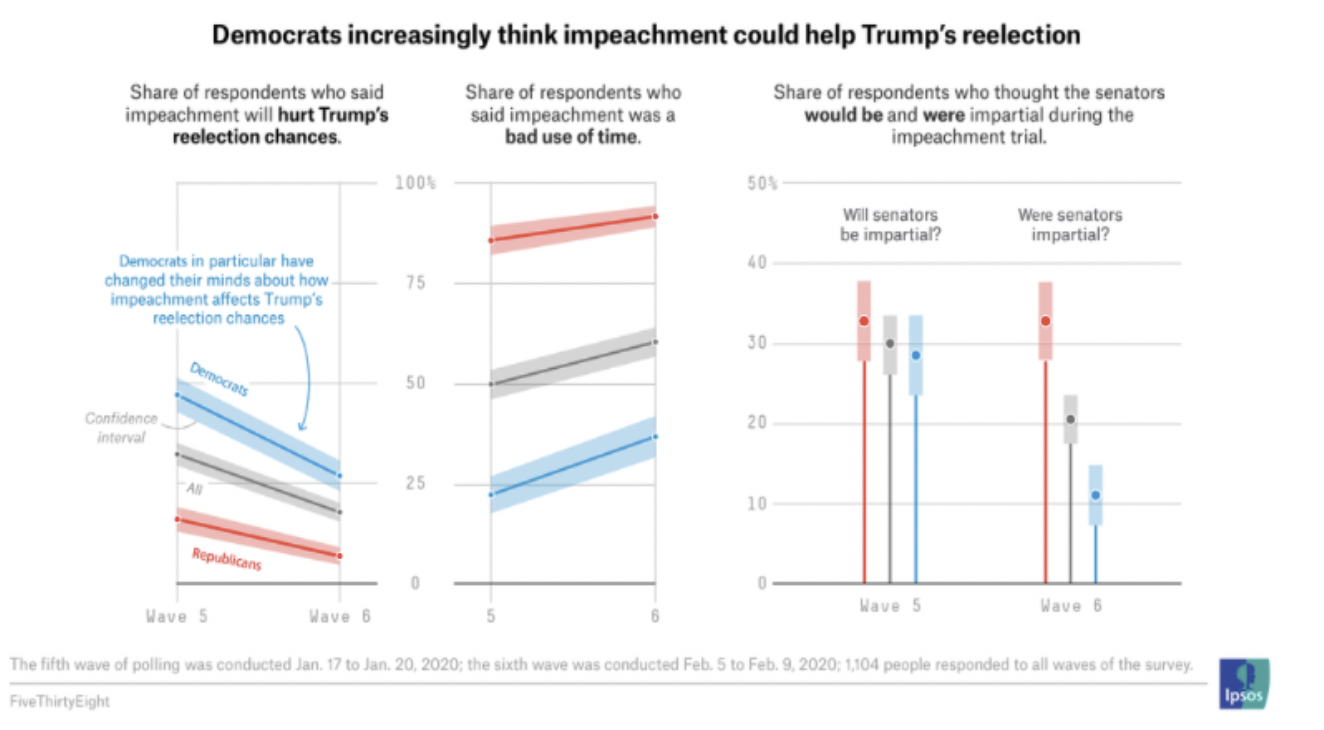 FiveThirtyEight.com also found Republicans rallied around Mr. Trump during the impeachment proceedings.  By the end of the trial, 63% of Republicans approved of the way the president handled the process, compared with 51% in November 2019.  So not only are Democrats waking up to their party’s missteps, but Republicans are also rallying around their party’s leader.  This suggests they’ll show up in November in larger numbers than ever before.