State Of The Union Reactions

Initial response to President Donald Trump’s third State of the Union address was positive, according to CNN polling.  Seventy-six percent of those who watched the speech said their overall reaction was positive (59% “very positive;” 17% “somewhat positive”), compared to 13% who said their reaction was “somewhat negative;” and 10% who said it was “very negative.”  This is slightly better than the 70% of viewers who had a positive response to Mr. Trump’s address in 2018 (48% very; 22% somewhat) and almost as good as the 78% who had a positive reaction to his first address in 2017 (57% very; 21% somewhat).

An audience that is heavier with supporters of the president than those who did not vote for him likely accounts for high positive ratings over the course of CNN’s historic trends.  President Trump’s speech struck both bipartisan and contentious tones, but what he does next will help shape his 2020 re-election chances, especially when it comes to issues like the border wall, infrastructure, foreign policy, and health care. 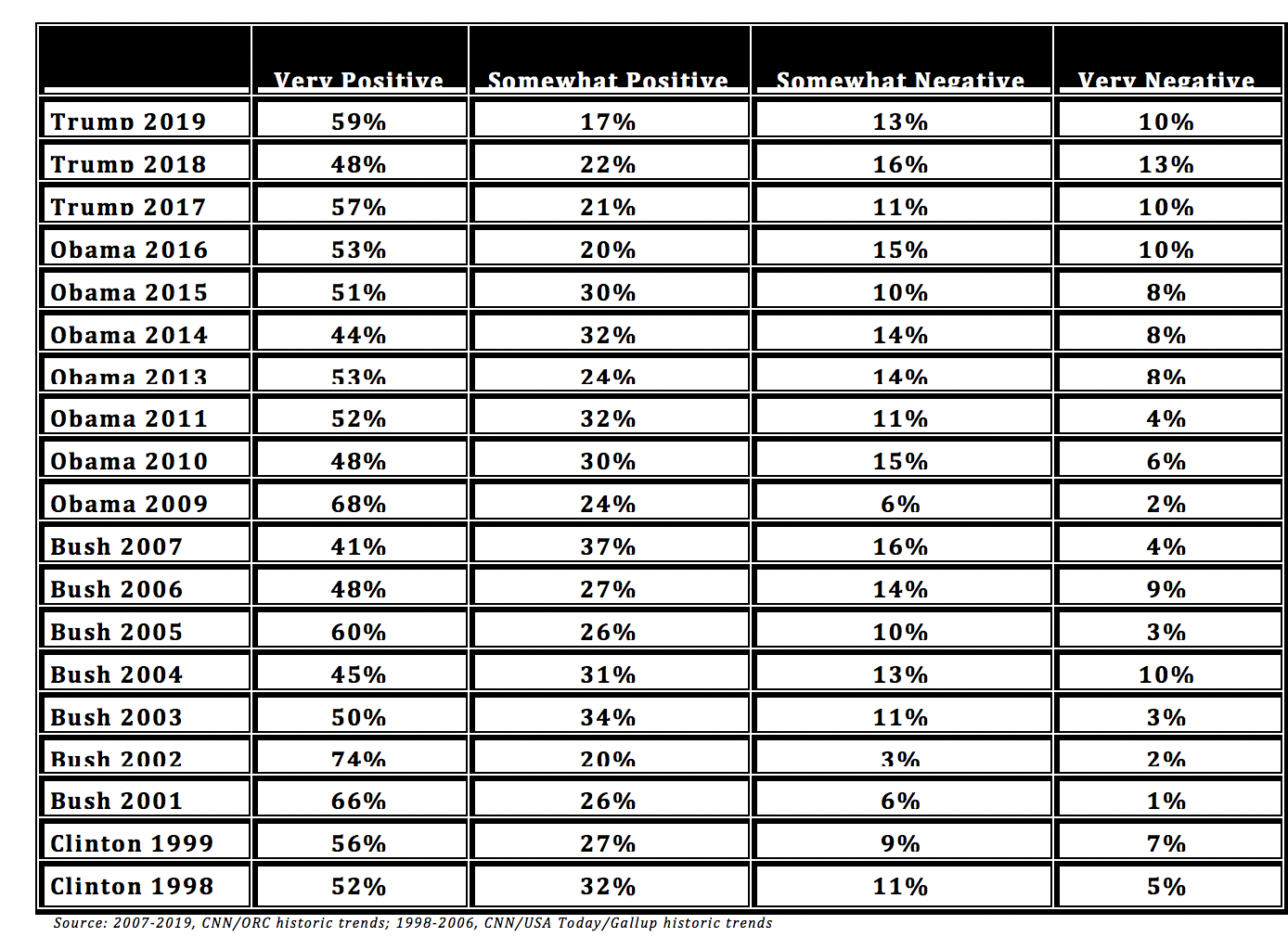