Though lower in number, there will still be a focus on these 35 House members in split districts.  As 2018’s top targets, they will feel pressure from all sides.  And their actions in debates like those on tax reform, ObamaCare, and other hot button issues will shape the contours of the midterm election campaigns and play a big role in determining the outcome at the ballot box. 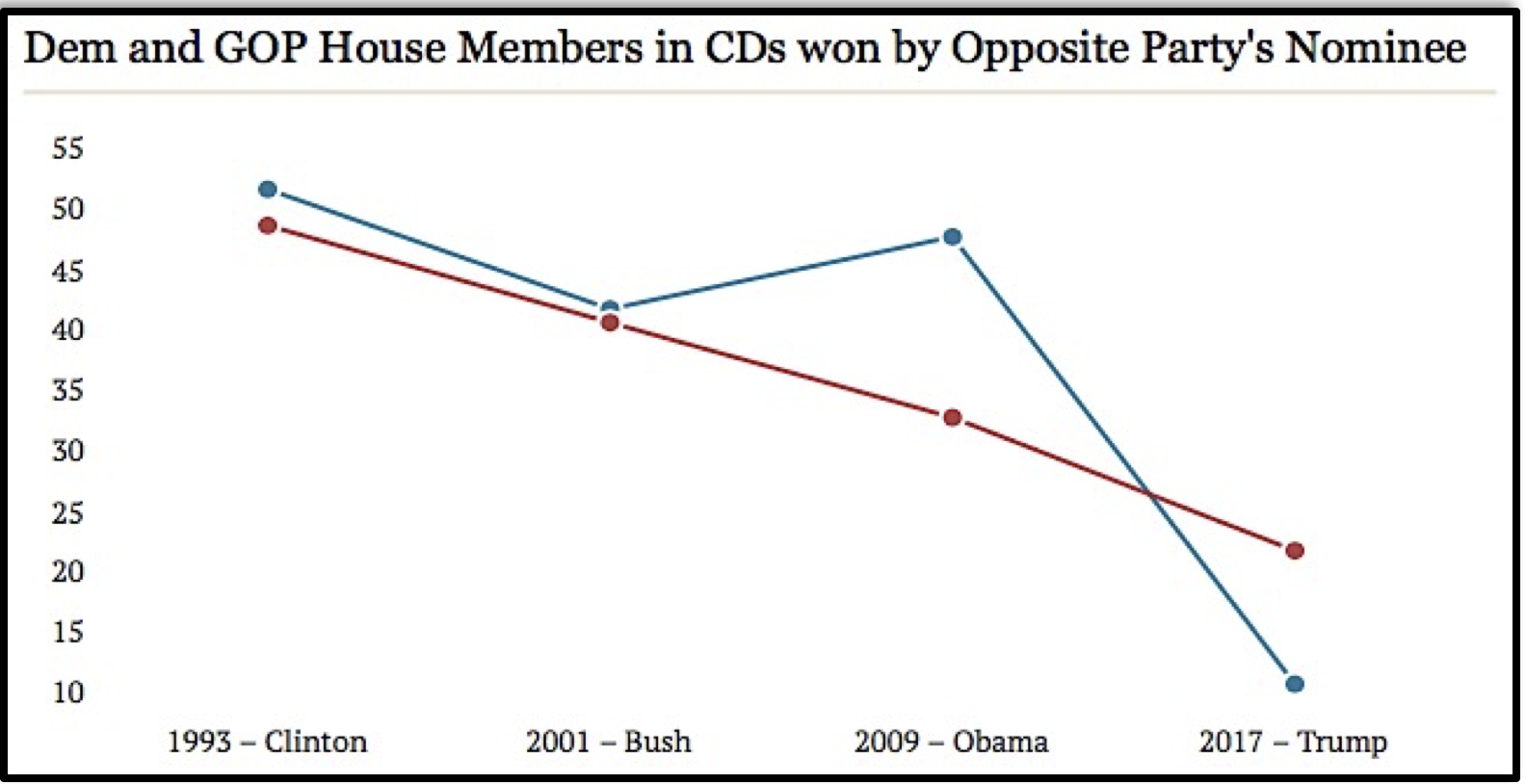