Reliable voters aligned with each party turn out in higher numbers in lower turnout elections.  But it will take more than opposition or support for President Donald Trump for each party.  What issues may help motivate reliable partisans in 2018?  As Gallup explains, “A gap in satisfaction with the issues between the base voters of one political party and the base voters of the other could influence differences in voter turnout between the parties.” 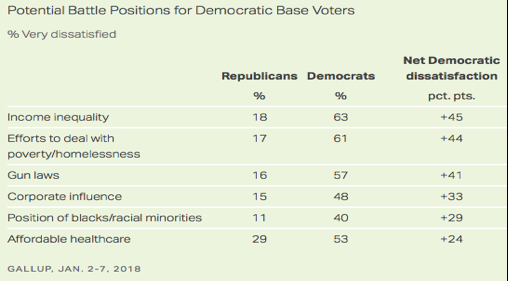 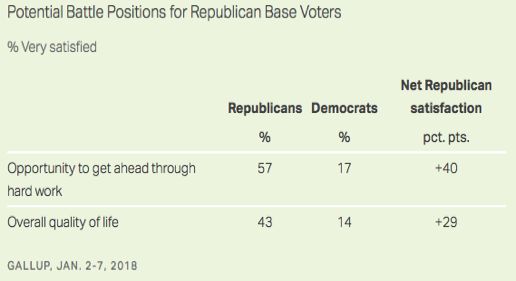 It is important to remember each party’s base is likely insufficient to win in swing districts.  And while these issues may be broadly applicable, each campaign must adapt to its own state, district, and circumstances.  Contests like last year’s Virginia gubernatorial race and this week’s PA-18 special election saw much higher turnout than many anticipated.  Winning campaigns this fall will be those that not only turn out their reliable partisans, but also have a message that resonates with swing voters who need extra persuasion and more encouragement to vote.