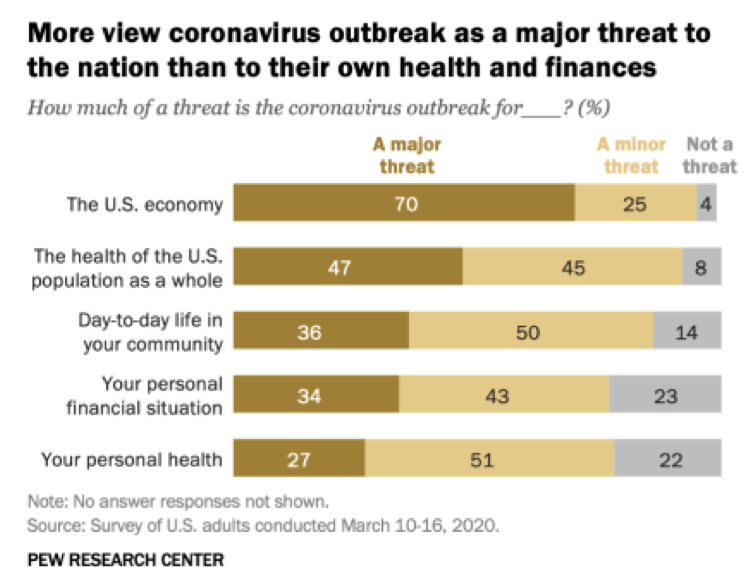 As the situation rapidly evolves over the next few weeks, there will be different pieces of legislation offered in response to the crisis.  While some Congressional Democrats have tried playing politics with the situation, the president and House and Senate Republican leaders have approached the situation with measured proposals.  They’ll need to be united not only in responding to the health crisis, but also in how to help our country’s economy bottom out and begin recovering.  Poll numbers will change over the next few weeks as the number of infected Americans rises, but the fear about the coronavirus’s impact on the economy cannot be overlooked by policy makers.