How Americans Get Their News

Why does this matter?  Knowing from where and on what platforms voters access news affects how campaigns allot resources and time.  As more Americans obtain their local news via their local TV stations and on their own television sets, campaigns are more likely to spend more money on broadcast television over cable television, and may invest more of the candidate’s time in local TV interviews over other events.  While digital and other means of voter contact are important and continue to grow, the fact remains for now that local news and local TV stations are still some of the most important. 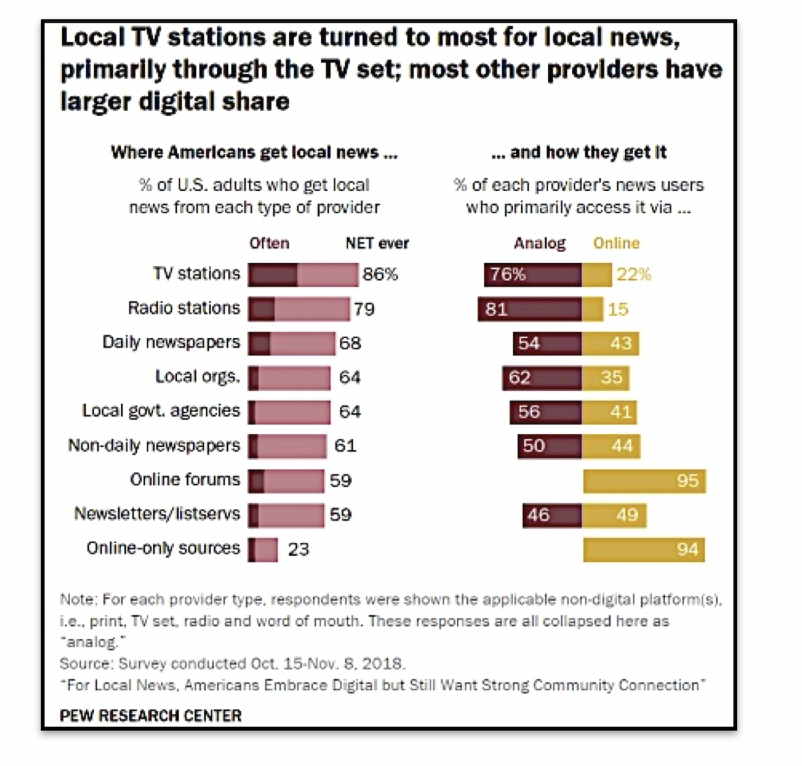